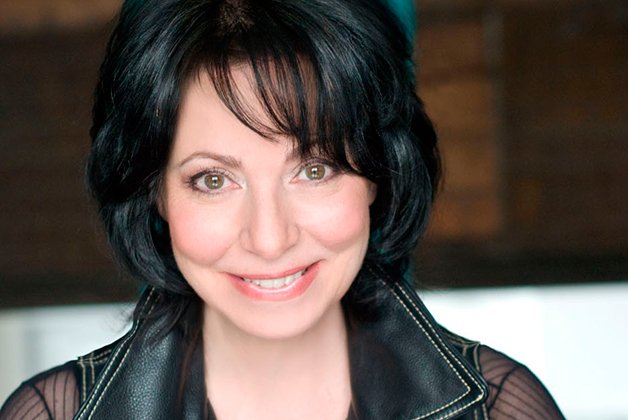 Returning to a show seven years after a successful run presents both challenges and joys.

Just ask Barbara Barsky and most cast members of Elegies: A Song Cycle, the show that gave Acting Up Stage Company a strong profile on the Toronto scene. The original production sold out in 2007 now, with returning director Lezlie Wade and a cast that includes Barsky, Thom Allison, Steven Gallagher, Eliza-Jane Scott and newcomer Joel Gomez, Acting Up concludes its 10th anniversary season with a remount of the winning musical.

Written by William Finn (Falsettos, A New Brain, The 25th Annual Putnam County Spelling Bee), Elegies is a series of songs mostly commemorating the lives of people the composer knew (some of whom he lost to AIDS) as well as others involved in the World Trade Centre collapse.

“There’s been so much water under the bridge since the first production,” reflects Barsky on a rehearsal break, “from marriages and babies to the loss of people close to us. Over the years I’ve sung one of the songs, Infinite Joy” – a blend of happiness and farewell – “a number of times, mostly at fundraisers but also at memorials. We come back to this show older and wiser.”

The return to a production so long after an initial run is rare in the theatre, notes the performer.

“It’s always tricky to learn a show the first time,” smiles Barsky, “but relearning it seven years later has its own problems, especially given the change in our faculties. Back then, for instance, I didn’t need reading glasses.”

She grasps the score in her hands and extends her arms to their full length.

“Now I either wear them or I hold the music somewhere around Cleveland to be able to see it.”

More seriously, she notes the comfort of “having the material in our bones, being able to do proper table work, addressing each number as a mini-drama and also finding the links between songs that we might not have seen the first time around.

“And then there’s sitting in the same room with virtually the same people you’ve been with before. That provides a comfort and safety level that means everyone can take emotional risks.”

Many of the 18 numbers are tributes to friends and loved ones who’ve died, but Barsky points out that “though the material sounds melancholy, Finn casts a joyous and audacious eye on these people. He uses a light touch even in the sad moments, so he can suddenly surprise you by pulling at your heart.”

But how does the composer’s mention of people he knew resonate with an audience who had no connection with them?

“At first I wasn’t sure myself how it would work,” admits the performer, whose other credits include Gypsy, Les Miserables, Urinetown, Fiddler On The Roof, Sweeney Todd and Acting Up’s production of A New Brain.

“But we’ve all experienced or known people dealing with AIDS, cancer and other upsetting things. Touching on universal themes, Finn is masterful at allowing us to explore them through his songs. It’s called a song cycle for a reason it parallels the cycle of life.

“Still, it’s not all sad material. There’s a zany song about a guy who has no luck with dogs, and other numbers have their comic moments, too.”

One of Barsky’s skills is bringing the audience into the world of a song in a few brief minutes. How does she do it?

“You have to approach each song as a monologue, with a start, middle and end. Then you layer on the musicality and keep thinking through the thoughts in the text, physically trying things that might take you somewhere new with the material.

“It’s like an audition, where you swiftly have to show the people behind the desk everything you’ve got. With a song cycle, you don’t have a full play to develop a character instead, your thoughts have to come together quickly and you have to make strong choices in an instant.”

The remount of Elegies is in the intimate Aki Studio Theatre, which Barsky knows will help create an even stronger relationship with the audience than the first time she performed it.

“What never ceased to surprise me about this piece was the visceral reaction from viewers. I could feel them breathe with me, see them shuddering, sometimes keening, in an energizing way because they were so connected with the words, the sounds, the intent of the music. I’ve rarely had that experience, almost as if the audience were joining us onstage.”