Canada’s future lies in the hands of its youth. As part of Elevate, a Toronto-wide tech and innovation festival, Elevate Next Gen will bring together up-and-coming global tech leaders on September 26, 2018 at the TIFF Bell Lightbox.

We’re profiling some of these young Canadians who are undertaking incredible projects in AI, quantum computing, blockchain development and nanotechnology.

What is your work about and how did you become interested in pursuing it?

Currently, I am working on a genetic sequencing startup, Genis, in where we are leveraging nanotechnology and quantum physics to be able to sequence genes much more effectively than current methods. You can learn more about us on our website here. However, I along with my co-founder Samarth became interested in pursuing this startup as before we were working on it, we both had conducted extensive research into genetics and personalized medication, more specifically I had conducted an experiment on which I personalized certain blood clot medications to specific genotypes and Samarth had coded a a few bioinformatic models as well.

Now when we looked back at the way genetic data was gained for both of our experiments, we realized that the process was very inefficient, not cost effective and not time effective either and that this needed to change for the humongous potential genetic sequencing has, not only in personalized medication and bioinformatics but in healthcare as whole! Therefore, we created our own novel method to sequence DNA and have gained support from and consulted with many professionals from companies such as Johnson & Johnson, PillCheck (North America’s largest personalized medication company), Global Alliance for Health and Genomics, University of Toronto and many more!

The future of innovation is right here. What’s one thing that seems futuristic to Canadians right now, but will be common place in the next five years?

Personalized medication! Right now medication is not as effective as it should be, due to the fact that it is not personalized. When you go to the doctor they will usually give you an umbrella medication based on your condition, that most other patients will receive, but what they do not realize is that everyone responds differently to the same medication, even if there taking it at the same time, for the exact same condition. So while one person might have a toxic response to a drug, someone else might have a normal response and another might have no response at all. This is due to small genetic variants in our DNA that not only code for why some people have brown eyes and others have blue ones, but also why a medication has optimal effectiveness on patient A compared to patient B.

Now this is something that is mind blowing and shows that what we’re doing with medication today is just plain out wrong and that we should be personalizing it to individuals genetic code and specific metabolizer. Therefore something that might seem really futuristic right now, that will become the norm in the next 5 years is the idea of pharmacogenomics, which is the providing of personalized medication based on the correlation between a patient’s genetic information, metabolizer and sickness. As of right now, this is something not most people are aware of and something that will completely revolutionize medication and treatment as we know it!

If you could program machines to have one human-like quality, what would it be and why?

One human-like quality I would give to a machine is the ability to gain knowledge and use this knowledge to connect the dots and solve some of the worlds biggest problems. This is because right now there are so many smart people in the world but they are not using their knowledge to solve some really important problems. If we can all work together to solve problems that really matter to society as a whole then I am sure we will be able to heavily advance humanity!

How do you think artificial intelligence could change how Canadians live?

AI will completely revolutionize the way Canadians live in many ways, but the main one I would say is through healthcare. One example is how we can use AI in cancer. We can leverage AI to look at patients genetic information and analysis wether they will have cancer or not based on certain genetic mutations in their DNA. This is because cancer is a genetic disease and if we look at the fundamental core for what codes cancer which is the DNA and use AI to point out variants that can potentially cause cancer, we can then use a technology called CRISPR CAS-9 to edit specific parts in the genome and eradicate cancer as a whole!

Adding on, we can use the same concept and look at certain variants in the genome that can affect how one responds to a medication. Due to the fact that everyone responds differently to a medication because of their genetics, we can look at how certain mutations will code for certain chemical reactions in the body that allow a drug to have optimal effectiveness on the patient or not, and based of that we can prescribe the right medication.

Can you tell us about an up-and-coming concept in technology readers might not know about?

Yes, one up-coming concept in technology that most readers probably do not know about is DNA self assembly. DNA self-assembly is an emerging and exponential technology in the realm of nanotechnology, which is used to program molecules to tell them how to assemble. With this method we are able to tell molecules what to do and literally allow for them to disobey their regular laws of chemistry and physics to completely change their structure and bond to particles which they would not otherwise!

This method of self-assembly can be used to enhance organs in the body, double the efficiency of electronic devices, take out our current nano-fabrication process and so much more! More specifically in this process of self-assembly we can physically put DNA onto nano and micro-particles and program them with information that tells them exactly how to self-assemble! In DNA self assembly compared to our DNA right now which codes for genetic information, the synthetic DNA in self-assembly does not code for proteins but instead is used to assemble structures that have no natural components. This is done by linking together DNA oligonucleotides with sticky ends. These oligonucleotides are short, single-stranded domains that hang from double helixes. The sequences of these oligonucleotides can be controlled because they are synthesized directly, one nucleotide at a time.

With this technology we are able to impact the world a ton! For example, we can use this technique to enhance certain systems in the body and improve the human immune system. More specifically, we can use the DNA to bring together molecules to heal wounds and make bones, veins and other systems stronger.Adding on, we can use it to improve the strength of the heart and other organs since adding DNA oligonucleotides on a substances surface makes the surfactant molecules harder. This makes the heart more difficult to puncture, maybe even one day making it bulletproof! This same technique can be used for the outer membrane of skin cells to allow for less damage to the inner cells of the body due to abrasion. By making the surface cells on veins harder, we can also allow for cancer cells to die inside the body. As cancer cells need blood to survive they make new blood vessels to provide necessary nutrients and oxygen to their cells and infiltrate the healthy vessels in the body. If we make the surface of the vessel and vein cells harder as well as code for certain hydrogen bonds to form when sensing an invader/cancer cell coming to a vein, we would be able to kill the cancer cells, as they would lack the nutrients needed to survive!

Overall, DNA self-assembly is definitely a technique that will cause humongous disruption in almost all industries, and once we can start applying this technology into our daily lives the possibilities will be endless!

How would you like to put your emerging technology skills to use to help change the world?

With our startup Genis, we will be able to leverage our skills to sequence DNA much more cost effectively than current methods and will help change the world dramatically by improving accessibility of gene sequencing to improve health-span for everyone in the world. Our DNA is the key to a ton of information we currently do not know and with this new information we will be able to do so many things, for example, disease and cancer detection, personalizing medication, editing DNA to create the “ideal human”, seeing if our genes are right for a space environment, and so much more!

My favourite sci-fi movie is the Martian because in the movie, everyone works together to learn more about an extraterrestrial planet and save one of their smartest crew members. The amount of team work, leadership, communication, bravery and persistence in the movie is absolutely amazing and I hope that this is portrayed more in the real world and not only in a sci-fi movies because then, we will be able to advance humanity a lot faster and bigger than any of us would think. Working together is much better than competing against each other, just think about the possibilities that would come out of every single company in the world working together instead of working against each other! 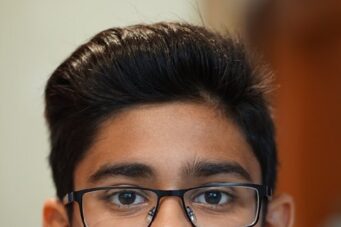 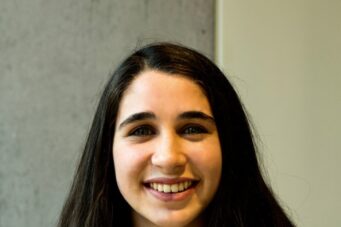 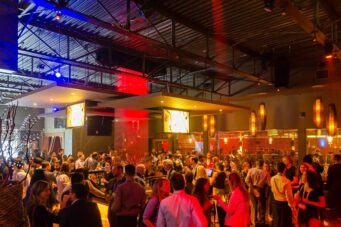