Elton John at the ACC 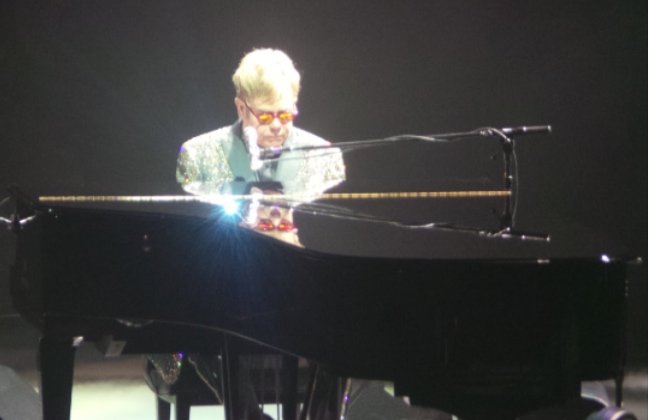 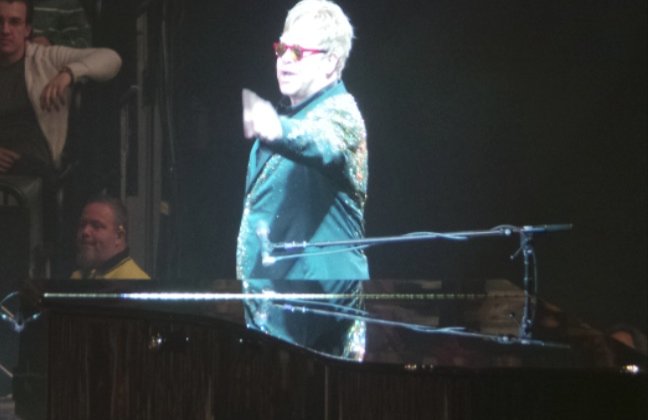 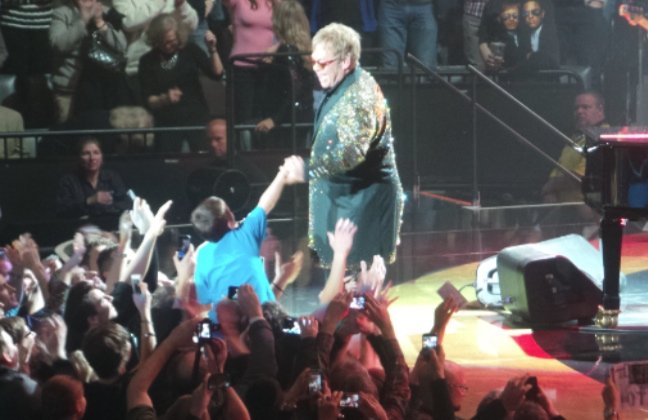 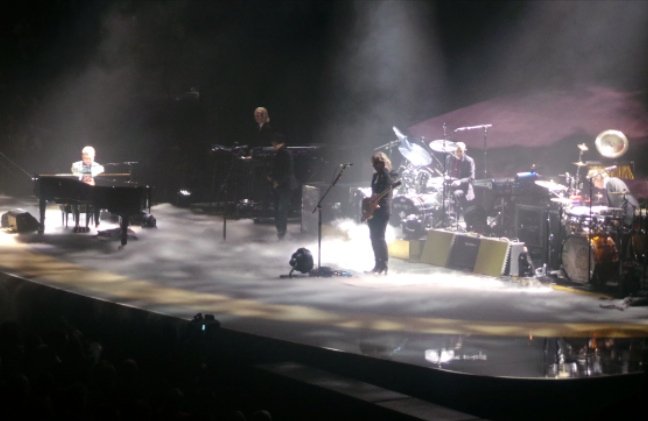 Elton John might not have the strongest pipes in the business anymore, but his voice is one of the most distinct in the history of popular culture.

Planting himself behind his grand piano at about 8:20 pm, it took a few minutes to belt out his first words, starting off with Funeral For A Friend/Love Lies Bleeding and its dramatic instrumental opening. But the show only really felt like it started when he emphatically banged out that one, single opening chord to his second tune, 1973’s Bennie And The Jets, making the 18,000 attendees giddy for the onslought of familiar territory they knew was coming. Just after, he slowed it down with Candle In The Wind (the original version).

There was a method to this opening mini-set: in March, Sir Elton’s birthday month, he’ll re-release Goodbye Yellow Brick Road (home to all of those tunes) for its 40th anniversary.

It’s not that John’s voice is weak – not at all. It’s just that it doesn’t belt quite as convincingly – a result of his much-publicized 80s throat surgery, perhaps – as it did in its heyday. It’s still stirringly soulful and rock ‘n’ roll, and easily did justice to his deep catalog.

Throughout, John was the picture of grace, standing up every song or two to turn and face his fans at all angles. Sometimes he would step in front of the piano to do a very proper, very English little bow – somewhat at odds with his sparkly forest-green suit and red shoes and glasses, but that combination of proper English Knight and flamboyant pop star is exactly what makes Elton John Elton John, after all.

A five-piece backing band (including drummer Nigel Olsson and guitarist Davey Johnstone who have been with him for 45 and 41 years, respectively) fleshed out John’s playlist, but never, ever came close to stealing the spotlight. Always, the superstar’s jaunty piano-playing was front and centre – often his hands were shown on the large, semi-circle screen backing the stage – more interesting to watch than anything else on the elegant, gold-circled stage, above which an elabortae colour-changing chandelier expanded and descended from the rafters as the show went on.

His voice strugged a bit during Levon, especially in its upper register, but the piano theatrics more than made up for it. He was stronger for a spot-on performance of Tiny Dancer (couples on the floor were slow-dancing), and an epic eight-minute crack at Someone Saved My Life Tonight.

Except for a little dip in interest during a trio of lowercase-G greatest hits: Holiday Inn, Mona Lisas And Mad Hatters and Believe – where many took a bathroom break or filled up their wine glasses – the show hummed along. Philadelphia Freedom lifted it out of the aforementioned ebb, and inspired at least the fifth standing ovation of the night.

From there, just the hits. “I was going to sing a new song, but it’s a waste of time becuase you don’t really want to hear the new songs,” he said good-naturedly. And, he was right. We ate up Sorry Seems To Be The Hardest Word, Rocket Man and Don’t Let The Sun Go Down On Me (dedicated to his husband David Furnish’s Toronto-based family, whom he lovingly and repeatedly referred to as his own family).

Appropriatey, given his age (66 years) and that it was the show’s exact two-hour mark, he turned up the tempo again with I’m Still Standing. But impressively, he remained standing for a while yet (the show wound up clocking in at 2 hours and 40 minutes): the biggest applause – for The Bitch Is Back and Saturday Night’s Alright (For Fighting) – was yet to come.

For his encore, he signed autographs for about ten minutes before delivering one of the sincerest goodbyes the ACC’s ever heard (“I feel like I’m coming home anyway when I come here”), before delivering the ultimate crowd-pleasers: Your Song and Crocodile Rock.