I was going to devote this week's web column to the state of this summer's movies, but now I find. 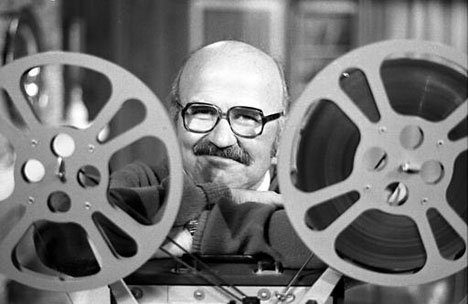 I was going to devote this week’s web column to the state of this summer’s movies, but now I find I have a grimmer task – writing an appreciation of Elwy Yost.

Yost, who died Thursday night in Vancouver at the age of 86, hosted TVOntario’s Magic Shadows and Saturday Night At The Movies from 1974 to 1999. Along with Brian Linehan, he embodied cinephilia for Torontonians of a certain age, showing classic films and supplementing the features with comprehensive interviews with their creators.

Yost wasn’t a critic, per se he was more of an enthusiast, striving to find value in the films he screened, even when they weren’t exactly the cream of world cinema. I fondly remember his beaming introductions to the British monster movie Gorgo, serialized over an entire week on Magic Shadows you’d never for a moment have suspected the film was a supremely cheesy example of the genre.

Despite his training as a newspaperman – with a brief stint at Avro Aircraft in the late 1950s – Yost was a natural in front of the camera, where he came across as a relaxed, avuncular presence welcoming us into his charmingly cluttered study for the movies of the week. Here’s one of his Magic Shadows intros for the Marlon Brando-Jean Simmons movie Desiree, with Elwy in his element, rattling off production details and cast and crew names like a one-man reference library. Which was exactly what he was.

In 1999, the year Yost retired from hosting Saturday Night At The Movies, the Toronto Film Critics Association gave him the Clyde Gilmour Award. It’s the TFCA’s highest honour, presented to Canadians who’ve enriched the understanding and appreciation of film in this country. I can’t think of anyone who deserved it more.