>>> Embrace Of The Serpent 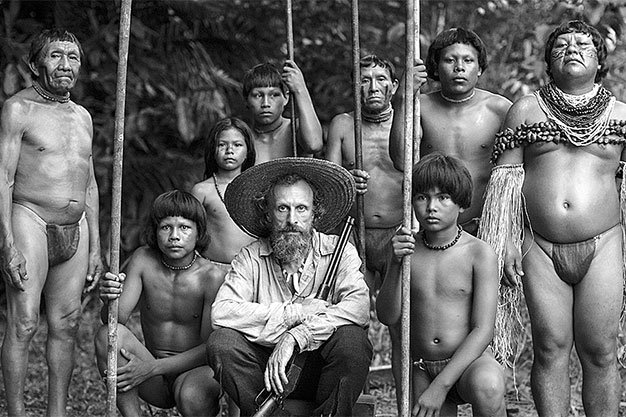 Ciro Guerra’s Embrace Of The Serpent is an artful, almost experimental historical drama about the legacy of colonization in the Amazon. The Colombian film is up for this year’s foreign-language Oscar, which it is not going to win in the year of Son Of Saul and Mustang. But you should see it anyway.

Shot in lustrous black-and-white with minimal music, it glides between parallel narratives unfolding along the same stretch of the Amazon.

In the early years of the 20th century, an ailing German explorer (Jan Bijvoet) and his guide (Miguel Dionisio Ramos) enlist a reluctant shaman (Nilbio Torres) in the search for the legendary yakuna plant, which will cure the explorer’s sickness.

Several decades later, an American researcher (Brionne Davis) mounts his own expedition to find yakuna, encountering an older native (Antonio Bolivar) who offers his help and his counsel.

The connections between the various characters aren’t hard to figure out, but Guerra and co-writer Jacques Toulemonde Vidal aren’t making a mystery. Embrace Of The Serpent plays more like a road movie: an evocative journey through a changing world in search of a culture that’s disappearing before the travellers’ eyes.