Win a pair of tickets to Spiegelworld EMPIRE on September 3rd! 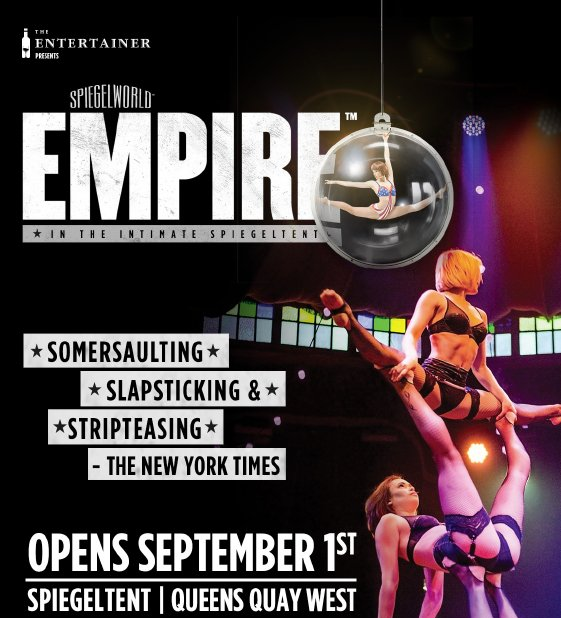 Direct from its world premiere smash-hit season at Times Square in New York City and sold-out seasons across Australia, Japan and New Zealand, EMPIRE is coming to Toronto! Smashing through the borders of comedy, circus, vaudeville and burlesque, EMPIRE presents the sexiest, most daring artists from across the globe performing in a 700-seat spiegeltent and beer garden. This heritage traveling venue, made of antique wood, beveled mirrors and stained glass, features the most intimate three meter stage in town. Don’t miss EMPIRE, opening September 1 at the corner of Rees Street and Queen’s Quay West for a limited run.