NOW MagazineNewsEmpire Of The Son makes a strong solo outing

Empire Of The Son makes a strong solo outing 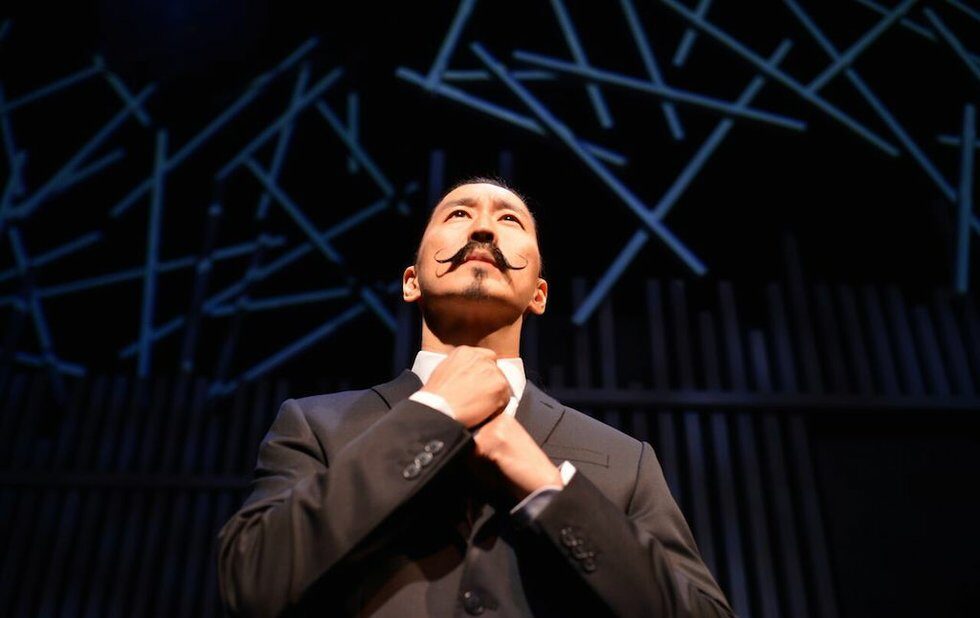 Artistic son has ambivalent relationship with distant, stern immigrant father. It’s a common subject, but BC’s Tetsuro Shigematsu breathes new life into it in Empire Of The Son, one of the more affecting solo shows you’ll see this season.

When Shigematsu’s Japan-born father, Akira, falls ill, the son finds himself looking after him, and bits of the father’s life gradually come into focus, including his career as a broadcaster at the BBC in London (where Tetsuro was born) and the family’s move to Canada in the mid-1970s. Here, Akira found broadcasting work at the CBC, only to be later demoted, thanks to cutbacks, to the mailroom.

The two men – one from the old world, one fully inhabiting the new – clash, most dramatically in a scene in which the father criticizes the son’s skateboarding. The charming way this episode is illustrated by director Rich­ard Wolfe, set designer Pam Johnson and video consultant Remy Siu owes a lot to the work of Kiss & Cry’s Jaco Van Dormael and Michèle Anne De Mey. But it also comes alive thanks to Shigematsu’s carefully calibrated performance as his father and his own younger self.

Shigematsu eschews chronology for a more organic approach, mixing stories about his own wife and children with those of his siblings and parents. His use of audio, video and written transcripts creates a collage-like effect.

What emerges most strongly is the contrast between the two men. Shigematsu, preening, vain and sporting a handlebar moustache (all of which he addresses in the show), seems nothing like his dad, who witnessed the bombing of Hiroshima, met Queen Elizabeth  and was even present when Marilyn Monroe’s sang Happy Birthday to JFK, yet barely talks about these events.

The irony is that they’re also similar: not only have they worked in the same industry (Shigematsu Jr. hosted the CBC Radio show The Roundup), but they also don’t cry.

If this last issue feels a bit contrived, the way it’s resolved gives emotional resonance to the show’s cathartic ­ending.