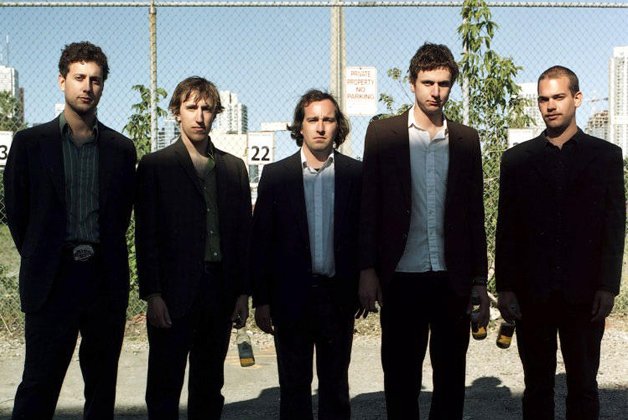 Singer/songwriter Kathleen Edwards broke plenty of hearts a few days before Valentine’s when she mentioned on her Facebook page that she wasn’t sure if she wanted to make music any more. “I just can’t seem to get back in the saddle.” The musician, formerly based in Toronto and now living in the Ottawa area, then listed a few alternate careers she’s considering: landscaper, coffee trailer owner, farmer, running a Stittsville eating spot. Hundreds of fans responded with love, support and sadness. After the news resulted in some hyperbolic blog posts and articles, Edwards felt the need to clarify on Twitter that she never said she was quitting music, just that she’s “stalled as fuck.”

In happier news, the Constantines have rekindled their musical flame. The beloved Guelph indie rock band made up of Will Kidman, Steve Lambke, Doug MacGregor, Bry Webb and Dallas Wehrle announced on February 11 that they’ll be playing a series of summer shows – including the just-announced Arts & Crafts Toronto festival Field Trip, see right – in celebration of the 11th anniversary of their acclaimed 2003 album, Shine A Light, which will also get a reissue. “There is too much love and too much life in this music for it to only exist in the past,” wrote Webb on the Constantines’ blog. Why recognize the 11th rather than 10th anniversary? “Timing has never been the Cons’ greatest strength,” he also wrote. It’s worth reading the whole heartfelt thing: theconstantines.wordpress.com.

Not to be outdone, Field Trip – whose inaugural 2013 event was a celebration of Arts & Crafts’s 10th anniversary – has decided that one year just isn’t enough. Announcing just a few days after TURF, the festival (running June 7 and 8) has expanded beyond the label. Sure, A&C poster-people Broken Social Scene co-headline (with New York indie rockers Interpol), but Shad, A Tribe Called Red, Badbadnotgood, the Kills and Chvrches will make for an eclectic, well-rounded affair.

Tickets for Drake’s annual August long-weekend hip-hop fest go on sale tomorrow (Friday, February 21). And, uh, you better hurry. On Tuesday, OVO V announced that co-headlining with T.O.’s very own will be none other than reunited kings of Atlanta hip-hop OutKast. And special guests galore, of course.