Ariel Pink at the Phoenix 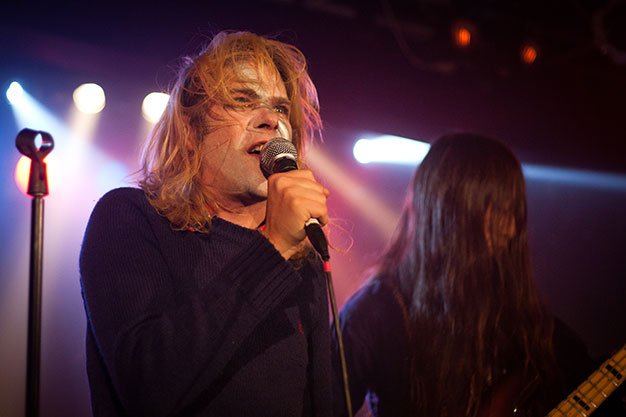 Ariel Pink concerts are inherently difficult to digest, and even more difficult to rate numerically. If you view the L.A. avant-garde pop star’s performances as grating and silly, are you just missing the point with your pedestrian view of experimental music? It can be intimidating panning “art” because there’s the chance that you’re simply not getting “it,” a fate more embarrassing than pretending to enjoy yourself as you bounce around to Pink’s lo-fi sonic mess.

And yet, here we go, giving beloved weirdo Ariel Pink a two-N review.

Pink, real name Ariel Rosenberg, took the stage promptly at 10:45 pm and almost immediately proclaimed that he was stoned (and therefore living up to his rep as a provocateur). He opened with the bubbly Kinski Assassin, from 2012’s Mature Themes, changing his vocal pitch as if alternating personas. He then launched into the standout track from last year’s Pom Pom, White Freckles, a frenzied cacophony of synth and effects.

Pink insisted on louder vocals and more effects, which muddied up the already murky mix that made the five-piece-band’s sonics (and backing tracks) blur into each other. The intricacies of Pom Pom – layers of alien sounds and strange vocals – were lost.

Notably, Pink didn’t really play any instruments. Picking up a guitar and haphazardly strumming for a few verses, and plunking at a keyboard alongside the real player don’t really count. Of course, a frontperson without an instrument isn’t fundamentally wrong (exhibit A: the National’s Matt Berninger) but it can be underwhelming when the singer isn’t charismatic enough to hold our attention.

And Pink was lacklustre last night. A couple of times he half-joking, maybe seriously, scolded the crowd for not clapping enough – “You’re not clapping. I hate you. Seriously give me a gun” – and too many times songs trailed off without a proper finish. Things picked up momentarily for the sweetly acoustic Only In My Dreams, in which the full band sang backing vocals, creating a pleasing wall of sound that filled the cavernous space.

For the encore, Pink came out fully clothed (he had stripped down to just black hot pants) and brandishing a cigarette. The final song, Jell-O, excited the weary crowd, but all in all, it was too little too late.