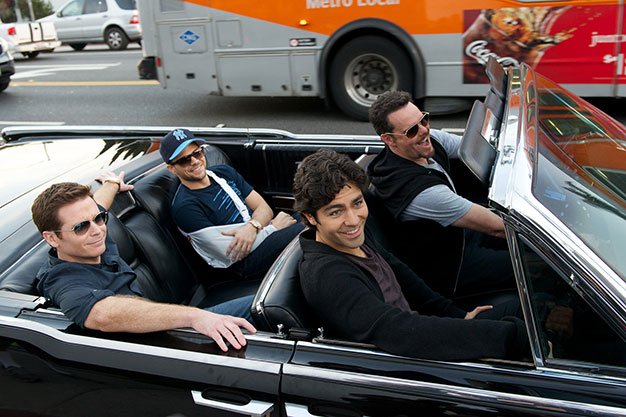 TVs Entourage has enough breezy charm and gags to fit the small screen, or perhaps your iPhone, in between whatevers trending on Vine and Snapchat. But writer/director/creator Doug Ellin has filled the feature-length films vacuous space with misogyny, dated satire and as many cameos as a Muppets movie.

As always, it falls on Jeremy Pivens big-hearted menace, Ari Gold, to be the defibrillator amidst all the lifeless recliner action. All panic attacks and hilarious tantrums, the retired super-agent is now running a studio and backing Vinces big-budget debut. Hes up against a co-financiers son (Haley Joel Osment), a creepy, rich Texan whos tying to sabotage the flick because hes jealous that Vince is sleeping with the girl from the Blurred Lines video.

Thats what passes as plot here, because this movie isnt really about telling a story. Entourage is just an opportunity to chillax with the boys and inhale their life atop the Hills. The air is awfully thin up there.