The eco grassroots are lush in this city. Here are some of the local green changers whose enterprising actions are shaping our sustainable tomorrow. 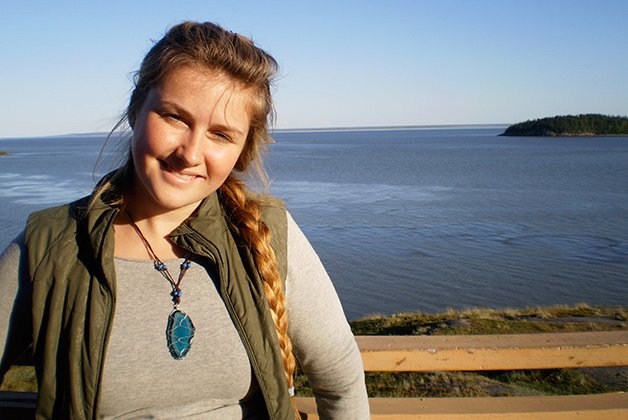 The editor of The Next Eco Warriors (Conari) was an activist from the time her dad, Robert Hunter, the first president of Greenpeace, bought her a one-way ticket so she could fly to join the Sea Shepherd Society on the high seas saving whales with her “Uncle Paul,” legendary direct-actionist captain Paul Watson. “To be honest, I wasn’t very good at it,” she admits.

Living out her own well-articulated theory that everyone will find their own path into the eco movement, Hunter turned to the telling of cinematic tales of resistance in flicks like Tar Sands Investigation, Mexican Standoff (about the La Via Campesino movement and the failing Cancun UN Climate Conference) and G20: Inside The Protest. Her new doc project is Activism 2.0, a survey of global green change-makers whose sense of planetary urgency is as deep as her own. 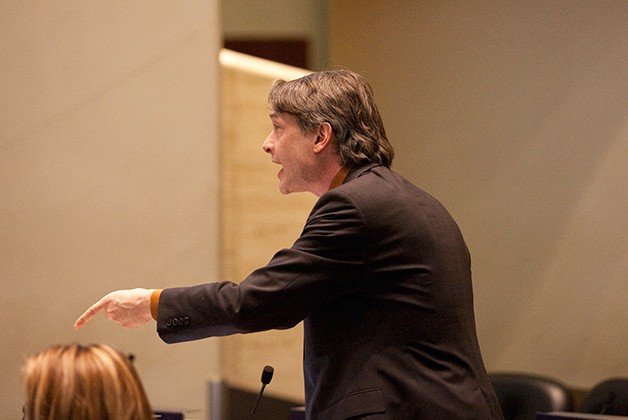 It’s been a frantic few years for T.O. councillors trying to tackle the Fordist logic at City Hall, and no one’s been more steadfast than the passionate orator from Parkdale. But Perks has managed, through all the murk, to keep his green headlights on. Recently, with typical wit and ferocity, he won a motion to set up a climate change working group spanning city departments to figure out how to adjust to the wildly veering weather.

“Our infrastructure is built for a city in a different climate than the one our children are going to live in,” he wisely offered. And thank him, too, for the phase-out of the Highland Creek sewage sludge incinerator and for replacing chlorine with UV at the Ashbridges Bay sewage treatment plant. Trust fiery Perks to watch our eco-backs. 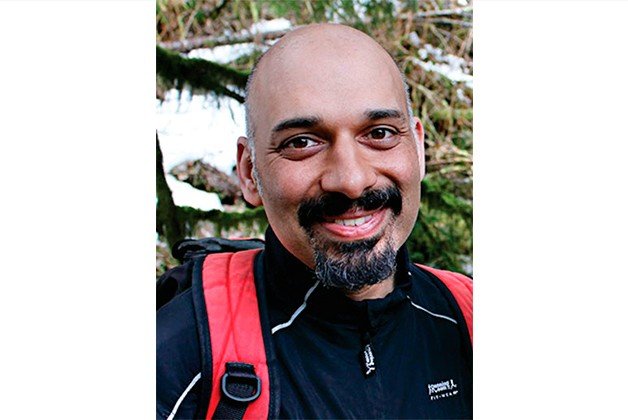 From the birds and the bees to the grizzlies and the trees, forest protector Moola has been drawing on his science chops for a decade now to save the wilds, from BC’s Great Bear Rainforest and T.O.’s Rouge Valley, where he pressed for the establishment of a national park, to Melancthon Township farmland menaced by a mega-quarry.

Moola’s conviction – not shared by the so-called smart money folks – is that fields, forests, farms, wetlands and estuaries are the country’s undervalued natural capital, worth trillions of dollars annually and offering tens of millions in non-market benefits.

Currently, he’s most excited about his role through the Suzuki Foundation assisting the Dane-Zaa Cree as they head off gas fracking in the Peace River region of northeast BC by attempting to establish 90,000 hectares of protected land on behalf of the caribou. There are 16,257 oil and gas wells, 28, 687 kilometers of pipeline, 45,293 km of roads, and 116,725 km of seismic lines packed into this region No wonder the enterprise catches the science man’s fancy: save the habitat, save the species, honour Idle No More. Can’t get more Moola than that. 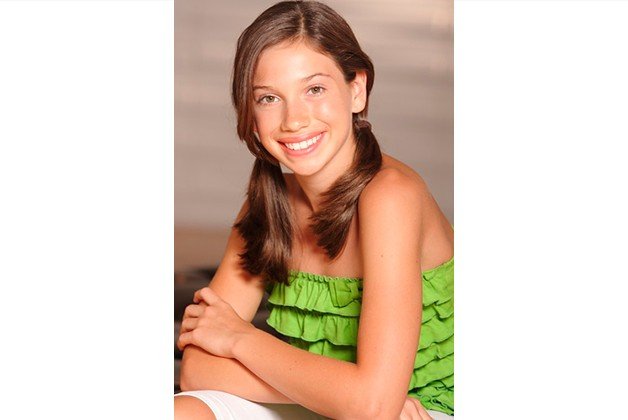 The Grade 8 student, who has travelled to Brazil’s Amazon to witness forest devastation by GM soy, is one of the anti-GM movement’s most serious campaigners, and gives new meaning to the term “youth activism.” The Monsanto crowd’s gotta be having a bird over a self-possessed 13-year-old raising the spectre that laboratory eats can’t be healthy for children and other living things.

Parent’s biotech takedown features costumed rallies, sassy online videos and a packed speaking schedule. She once baked a 48-inch GM-free apple pie, the Occu Pie, for street people in St. James Park. And while she likes to sport honey bee garb at protests, don’t let the fun throw you off – this animal lover/baking buff has set herself the awesome mission of freeing her whole generation from the clutches of Kellogg, Kraft, Sara Lee, McCain, Nestle and Frito-Lay. Now, that’s ambition. 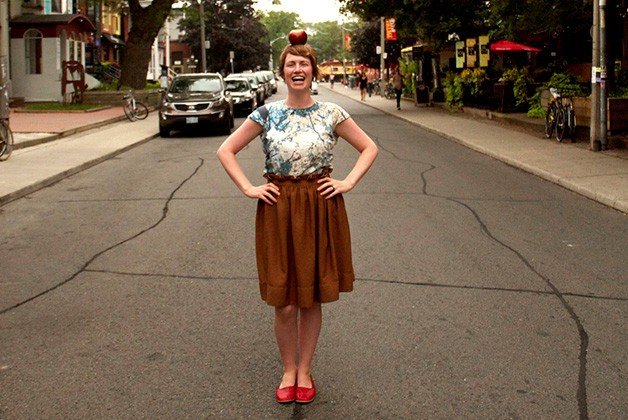 LAURA REINSBOROUGH Not Far From the Tree

Right now Toronto’s primo fruit forager is awaiting the blossoms – that wonderful moment, she says, “when the trees glow and we get a hint of what the season will bring.” Her six-year-old org has already collected just shy of 50,000 pounds of urban abundance – cherries, apricots, apples, plums, service berries, walnuts – that would otherwise be left to rot, and is looking at its biggest season yet. Plus, it’s initiated a blossom watch, which offers an entirely new way of observing the urban landscape.

Through her sunny smile and infectious energy, Reinsborough has animated 1,400 volunteers this year for her supremely win-win enterprise, in which a third of gleanings goes to the tree owner, a third to volunteers and a third to 25 food banks, shelters and community kitchens. It’s all about making fertile connections between the urban ecosystem, neighborhood-building and food fairness. “The answers,” Reinsborough is fond of saying, “are in our own backyards.” 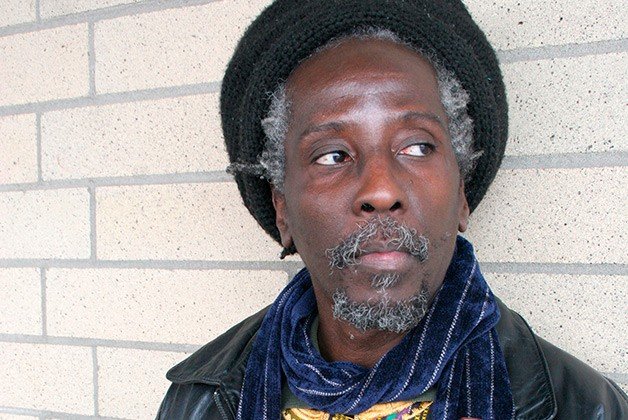 Call him the callaloo king. This former bass player in the majorly influential T.O. reggae band Truths & Rights copped an M.A. in enviro studies at York and dedicated himself to serving up food security to low-income young people while connecting edibles to human rights and anti-racism.

“Food justice and diversity is about meeting the world in a garden,” Lololi likes to say. He and his org pump self-reliance in Jane-Finch and Lawrence Heights, planting community gardens, teaching cooking and promoting the growing of African and other culturally appropriate crops for local dinner plates. The org’s Ujamaa Farm Collective works properties at Black Creek and near Brampton and is graduating its first generation of new farmers and this year offers its premiere community shared agriculture program.

Lololi credits the Big Carrot, where he once stocked shelves, for his education in food justice. But besides the fact that he sees reason to pray to his plants, there’s more than a hint of the spirit in his cooperative sense of how the world ought to provide sustenance. “I’m a Rasta man and a vegan to the max,” he declares, pointing to the food and hunger references in Bob Marley tunes. If we could get food growing and distribution right, he says, we would have more peace in our lives. 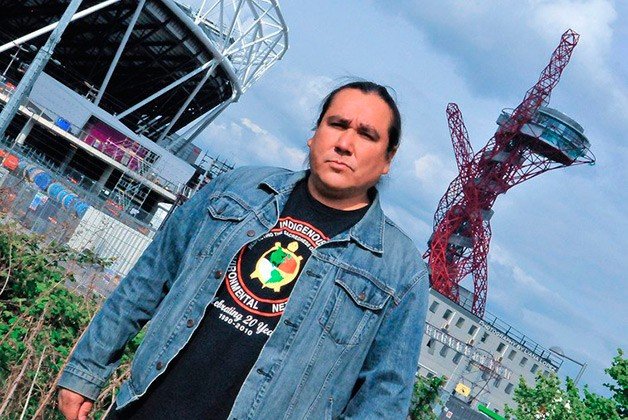 No surprise this Ottawa-based globe-trotter, often seen addressing T.O. audiences, has made the resource invasion of native land his personal mission. He hails, after all, from the Pukatawagan, the Mathais Colomb Cree Nation above the 56th parallel in northern Manitoba, a community devastated by hydro development.

For over a decade, the campaigner, poet and rapper has travelled the world speaking at summits and organizing aboriginal people against the industrial assault. At the height of Idle No More mass protests, he headed to the Canadian High Commission in London, England, to demand respect for Crown treaties.

Thomas-Muller likes to say there hasn’t been a major Canadian eco victory in the last 30 years – from the Great Bear Rainforest to Temagami, to the Mackenzie Valley Pipeline – that occurred without indigenous assertion of rights and title. And that, folks, is how we’re going to save this country. 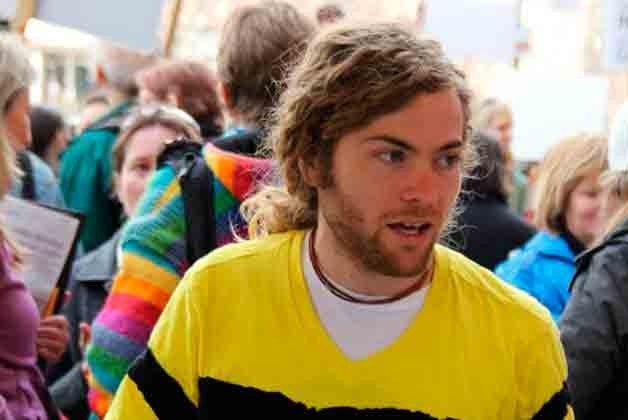 In a hungry world, this planting subversive sees guerrilla food production in public spaces as a way of taking a stand for “human need against human greed,” not to mention liberating all from a “corrupt and unstable economy.” Last year, Kearey-Moreland, an Occupy Toronto grad, led a sowing expedition in Queen’s Park that ended up supplying veggies to hundreds of locals.

Alas, the powers that be (in this case the Parks Department) couldn’t abide the communal feed-athon and uprooted the plants before gardeners could remove the heirloom species or fully harvest the eats. Fear not. Watch for the group’s May 1 Free Food For All Festival and stay focused on the Park’s south lawn. The group has already informed the premier of its “peasful” intent.

“Far beyond the near-sighted monopolistic, free market and debt-based monetary paradigms,” says this “soiladarity” activist, “there exist systems of organization, production and exchange that will soon outgrow this economy.” Amen to that.