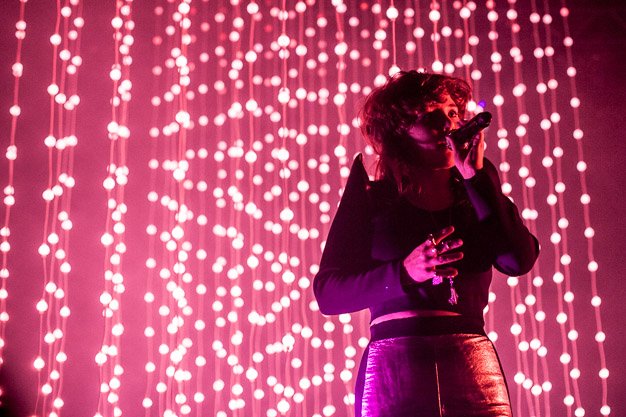 As part of the deal, Last Gang is joining eOne’s roster of imprints, a move Taylor hopes will make the Toronto-based label more competitive when it comes to signing multi-territory deals with buzzy Canadian alt-rock and electronic acts being courted by American and British record labels.

“Last Gang was doing fine as an independent label,” Taylor tells NOW over the phone from Los Angeles. “[This move] just allows us to put the label on steroids and have some international reach.”

Last Gang’s business encompasses recording, publishing and artist management. Taylor founded the label in 2003 with concert promoter Donald Tarlton, and has grown it into one of the country’s most respected indies. It established a name with big Canadian acts like Metric, Death from Above 1979, Crystal Castles and MSTRKRFT, and its roster now includes Chromeo, Ryan Hemsworth, the New Pornographers, Arkells and Harrison, among others.

Joining eOne will allow Taylor to compete on a global scale for acts like pop duo Chromeo, who are signed to Last Gang in Canada but to Atlantic in the U.S., or electronic duo Purity Ring (pictured), who signed with Last Gang for Canada but 4AD for the States.

“Purity Ring were a band I really would’ve loved to have worked with on a worldwide basis,” explains Taylor. “And it was very hard for us to get that [Canadian] deal because it was very competitive. Now we can make a stronger pitch when the next Purity Ring comes along.”

The move also expands eOne’s musical reach. Traditionally, the company – which also has robust film and television divisions – has been strong in metal, hip-hop, R&B and gospel. The deal with Last Gang gives it a toehold in the alt-rock and electronic spheres.

Taylor has been in talks with eOne president and CEO Darren Throop for the past year. As president of the music division, Taylor will oversee teams in Los Angeles, New York, Toronto and Nashville and work to expand eOne’s publishing and artist management businesses.

The acquisition didn’t result in any layoffs at Last Gang, Taylor says, adding that he’s in the process of hiring as well as eyeing a move into the British market.

“We could be in London soon enough,” he says. “Eventually the idea is to go worldwide.”

In the meantime, Last Gang will continue to focus on developing alt-rock and electronic acts. Priorities for 2016 are forthcoming albums from Arkells, Bear Mountain, MSTRKRFT and Crystal Castles. All four bands are playing SXSW in Austin next week.

To date, Last Gang has sold more than two million albums globally. Prior to starting the label, Taylor made his name as an entertainment lawyer, whose clients have included Nelly Furtado, Avril Lavigne, Drake and Tom Cochrane.