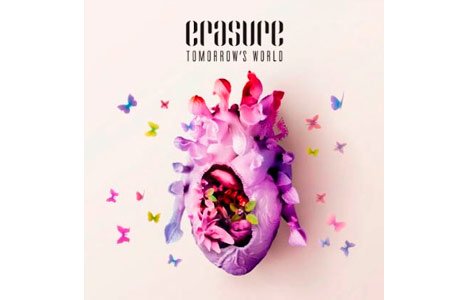 For their 14th album in 26 years, Erasure add a little grandeur to their precise synth pop with help from Frankmusik, an L.A.-based British producer only as old as the band itself. Singer Andy Bell and keyboardist Vince Clarke might be getting up there, but their swooshing melodies and yearning lyrics fit right in with the epic builds, vocal effects and fist-pumping energy of American dance pop, a testament to their solid songwriting instincts.

Bell’s soaring tenor sounds positively elated by the thunderous beats and delivers with full force on every track. In fact, sometimes it feels like he’s competing too hard with the intensity of the big, expensive-sounding production – especially on the mid-tempo numbers. Then again it’s all about the pop hits with Erasure, and when Bell connects with a hook, the effect is heady.

Top track: Then I Go Twisting