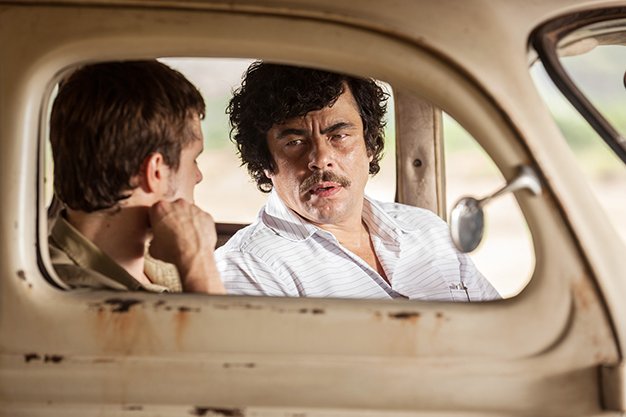 Whenever Benicio Del Toro is on the screen, which is not often enough, he commands the scene, playing Pablo Escobar as a jovial, grandfatherly type whose deadly reputation is only hinted at by a slight menace in his eyes.

However, Paradise Lost’s main focus is Josh Hutcherson’s fictional and bland Canadian surfer boy Nick. We see Escobar filtered through his perspective, which is like trying to enjoy a dark roast Colombian coffee brewed at Tim Hortons. Nick hooks up with the drug lord’s niece and becomes an unwitting associate in his empire.

While Del Toro’s Escobar fills the space with his looming presence, Hutcherson and Claudia Traisac (as his flame) must work with characters who are nothing more than pawns in a generic and unconvincing gangland thriller.