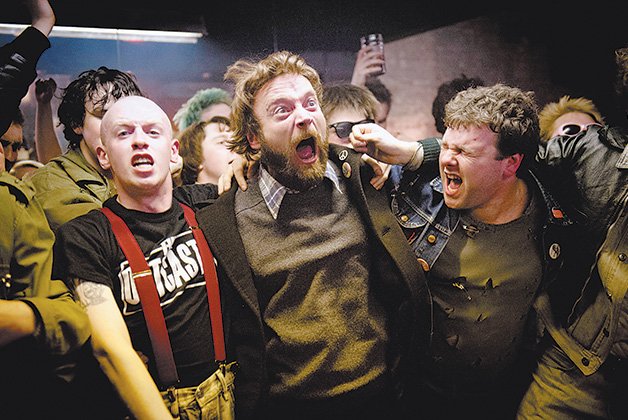 The EU Film Festival returns to the Royal for two weeks of free nightly screenings from the nations of the European Union. A wide assortment of genres, tones and styles all bang up against each other for the hell of it. Where else can you see a Belgian character study about two boys on a collision course with fate (The World Belongs To Us, Sunday, November 16, 8:30 pm) and then come back for a Luxembourg documentary about two brothers riding in the Tour de France (The Road Uphill, Tuesday, November 18, 6 pm)?

Not all the films are new: the Swedish entry, Jan Troell’s The Last Sentence (Wednesday, November 19, 8:30 pm), was shot in 2011. But this is likely the only time the film – a nicely tense drama starring Jesper Christensen as a newspaperman who pushed back against Nazism as his country tried to remain neutral – will screen here.

It’s fun to see Good Vibrations (November 21, 8:30 pm) resurface as the UK entry. The movie had a brief theatrical run in Toronto late last year, but you probably missed it – so now’s the perfect chance to catch Lisa Barros D’Sa and Glenn Leyburn’s giddy period piece about Belfast music lover Terri Hooley (Richard Dormer), who opened a record shop in the 70s, discovered the Undertones and probably saved a few lives during the Troubles.

Other than Saturday night’s open-ing gala screening of Italy’s Fasten Your Seatbelts – whose $25 ticket price includes a pre-screening reception at the Mod Club – admission to all screenings is free. That said, if you don’t want to risk being turned away, you can reserve online for $10 per ticket.