NOW MagazineCultureStageEven if we suck, we’ll be better than Russell Crowe, right?

Even if we suck, we’ll be better than Russell Crowe, right? 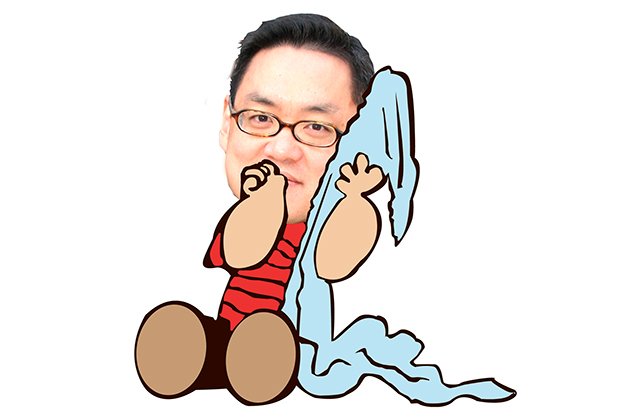 So… is it payback time?

As a theatre critic, every year I watch hundreds of shows, always from the nice, safe comfort of an aisle seat in the audience.

That’s all about to change February 10 as I and several of my Toronto theatre critic colleagues step onto the other side of the footlights for a concert performance of You’re A Good Man, Charlie Brown.

Yup, yours truly will be performing.

The Globe and Mail’s J. Kelly Nestruck will be playing the put-upon title character, hopefully clad in a shirt with that familiar zigzag pattern the National Post’s Robert Cushman will be playing the Beethoven-obsessed Schroeder and I’ll be sucking my thumb and wrapping myself in a protective blanket as Linus.

The Toronto Star’s Richard Ouzounian was to have played the ultimate bossy girl, Lucy, in drag no less (fitting because he recently directed a cross-gender production of Guys And Dolls for Talk Is Free), but is recovering from a sudden operation.

(“My crabbiness quotient is back and as high as ever,” Ouzounian said recently, “which means reviewing is a snap. But dancing around on stage with young’uns like Nestruck, Sumi and Cushman is just a bit beyond me at the moment.”)

Other theatre types will be sharing the role of Snoopy, including producer and Sheridan College associate dean of visual and performing arts, Michael Rubinoff, veteran character actor Costin Manu, BroadwayWorld.com’s Kelly Cameron and Stephen Patterson, who played the role last year at Stratford.

To make sure things don’t go entirely off the rails, some musical theatre professionals will also be taking part: veteran film, TV and stage star Sheila McCarthy (!) will be playing Sally, while the multitalented Melody A. Johnston (Miss Caledonia, Little Mercy’s First Murder, Second City) will now be playing Lucy.

The director will be none other than Mitchell Cushman, responsible for three of 2012’s strongest shows: Terminus, Mr. Marmalade and The Agony And The Ecstasy Of Steve Jobs. (He’s also Robert Cushman’s son, which should make rehearsals interesting.)

Am I nervous? Well, I’m not exactly shy. For nearly three years, I had a weekly national TV spot where I looked into a camera and blabbed about pop culture, gossip and entertainment. And I still occasionally conduct onstage interviews, moderate panels and take part in them myself. It’s one of the fun things about my job.

Sure, I critique these things regularly, but I’ve never had the desire to, you know, be up onstage instead of scribbling notes in the dark.

Still, this one-off show is for a good cause. Produced by Talk Is Free Theatre, it’s a fundraiser for the Actors’ Fund of Canada, which helps performers in film, TV, theatre, music and dance who are experiencing economic and/or personal hardship via injuries, illness or other circumstances.

Talk Is Free produced a similar event in 2010 with a concert version of The Producers. Although I was invited to join, I couldn’t because it took place during the Film Festival.

I admit I’m beginning to get excited. I just received the rehearsal schedule. We’ve got a few days to put together a full show. Will there be choreography? Some of the music to the show is exceedingly complicated, including a big ensemble number about a book report. Will there be any digs at the recent (mostly unloved) Stratford Festival production?

Mostly, though, I’m excited to see how Cushman and the stage manager organize all of us in such a short period of time. A different perspective, for sure.

While I can’t vouch for my colleagues, I don’t sing, not even in the shower I’ve never in my life stepped up to a karaoke mic. But a part of me is thinking: surely, we can’t be worse than Russell Crowe in Les Misérables or Pierce Brosnan in Mamma Mia, right?

Let’s hope so. And let’s also hope that no one will be reviewing. Although, I guess if we critics can dish it out we should be able to take it, too.