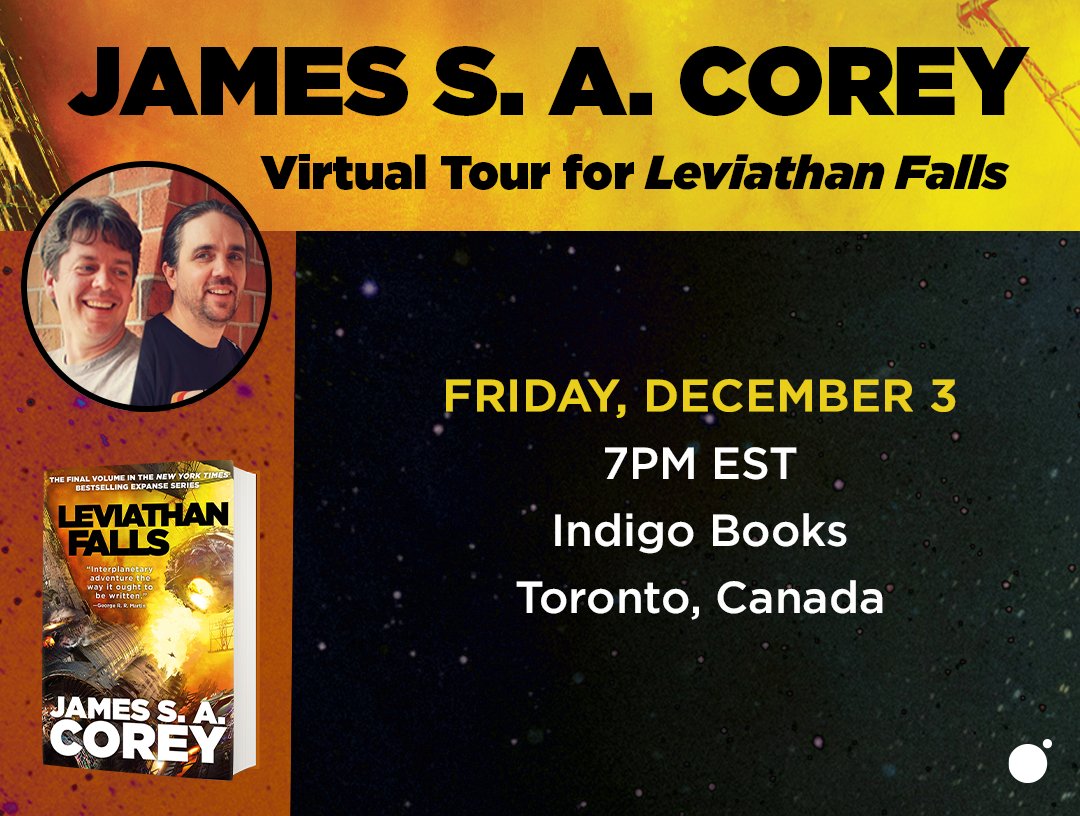 Join James S.A. Corey writers Daniel Abraham and Ty Franck as they chat about Leviathan Falls – the incredible conclusion in the ninth and final novel of Hugo-award winning space opera and Prime Original series The Expanse.

JAMES S.A. COREY is the pen name of Daniel Abraham and Ty Franck. In addition to writing the novels and short stories of The Expanse, they wrote and produced the television series of the same name. Daniel lives with his family in the American southwest. Ty will tell you where he lives when and if he wants you to come over.

AJAY FRY is a Canadian media personality, comedian, writer and producer who has spent the last 15 years hosting TV and events across Canada. While he’s interviewed countless movie and TV stars, innovators and artists he’s most delighted when he gets to talk with the creative minds behind the stories we’ve fallen in love with. Having hosted Q&As with authors like Andy Weir (The Martian), Pierce Brown (The Red Rising series), and Erin Morgenstern (The Night Circus & The Starless Sea). Ajay is especially excited to talk with the masterminds behind The Expanse series.