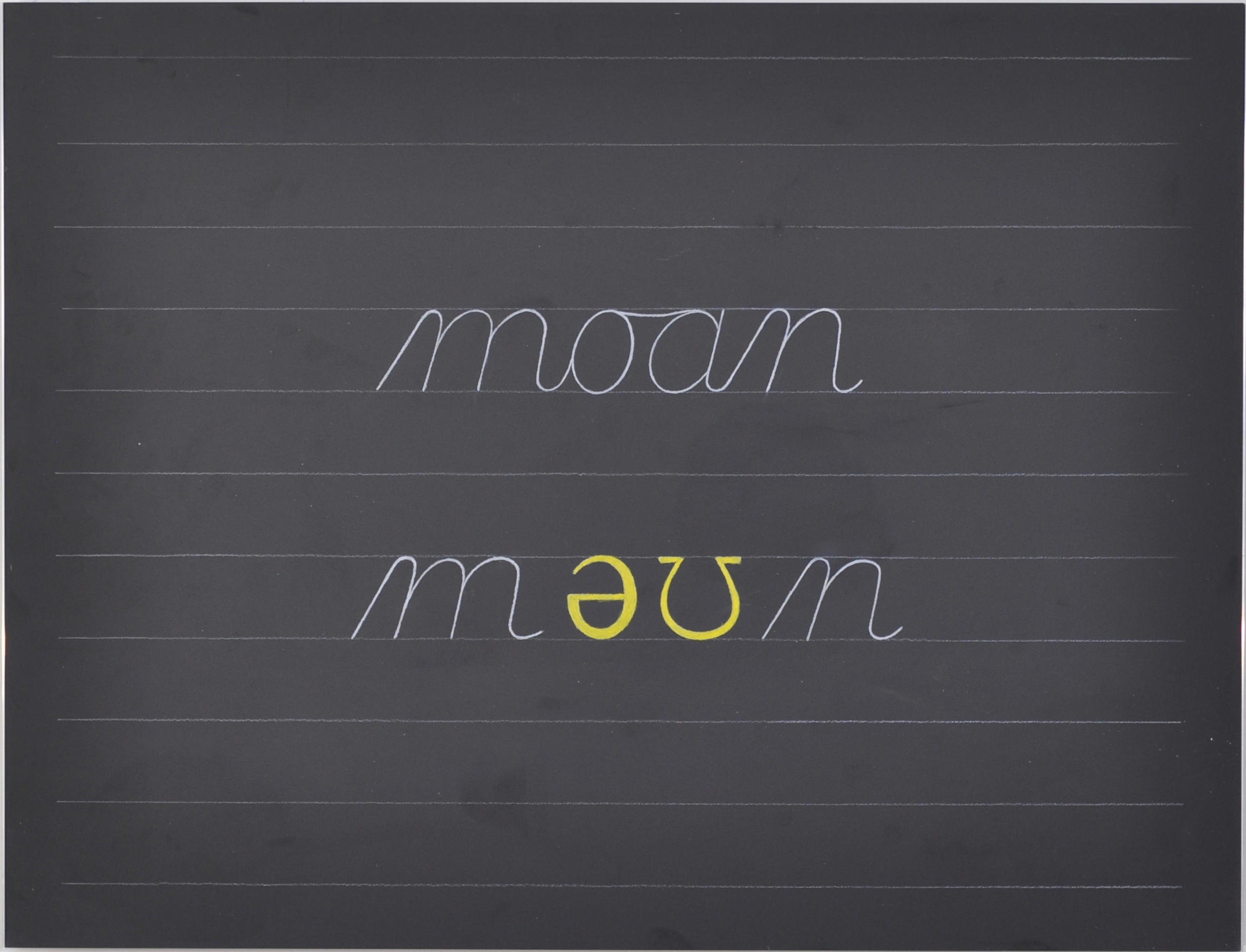 In comic books, when you see someone with a gun, you know it’s only going off when you read the onomatopoeias. – Christian Marclay

Onomatopoeias are words that imitate natural sounds. These words are reminders that language is intimately tied to the world of our physical experience, and that when we write or speak we are rehearsing what it feels like to move through a room or encounter one another. Onomatopoeias builds on the traditional and now iconic schoolroom blackboard as the site of negotiation with the act of writing and our ability to communicate beyond the confines of our immediate presence.

While all words have the power to describe experience, onomatopoeias are specifically invested in the sounds around us – they are our attempt to articulate sound. In this new body of work consisting of twelve blackboard-style panels, Carr-Harris inscribes on each panel one of the following onomatopoeic words in cursive: Blurt, Chatter, Cough, Croak, Giggle, Gurgle, Humph, Moan, Mumble, Murmur, Screech, Wheeze. Below the tracing of each word, he inscribes its International Phonetic Alphabet (IPA) instructions communicating how that word is spoken, how it sounds. In intentionally selecting words that refer to gestures and exclamations associated with the body’s pre-articulated language, he emphasizes the affective relationship we have with our own physical properties. It is one thing to enjoy the onomatopoeias in comic books, but quite another to sense that they are the sounds that attest to our own living and breathing selves.