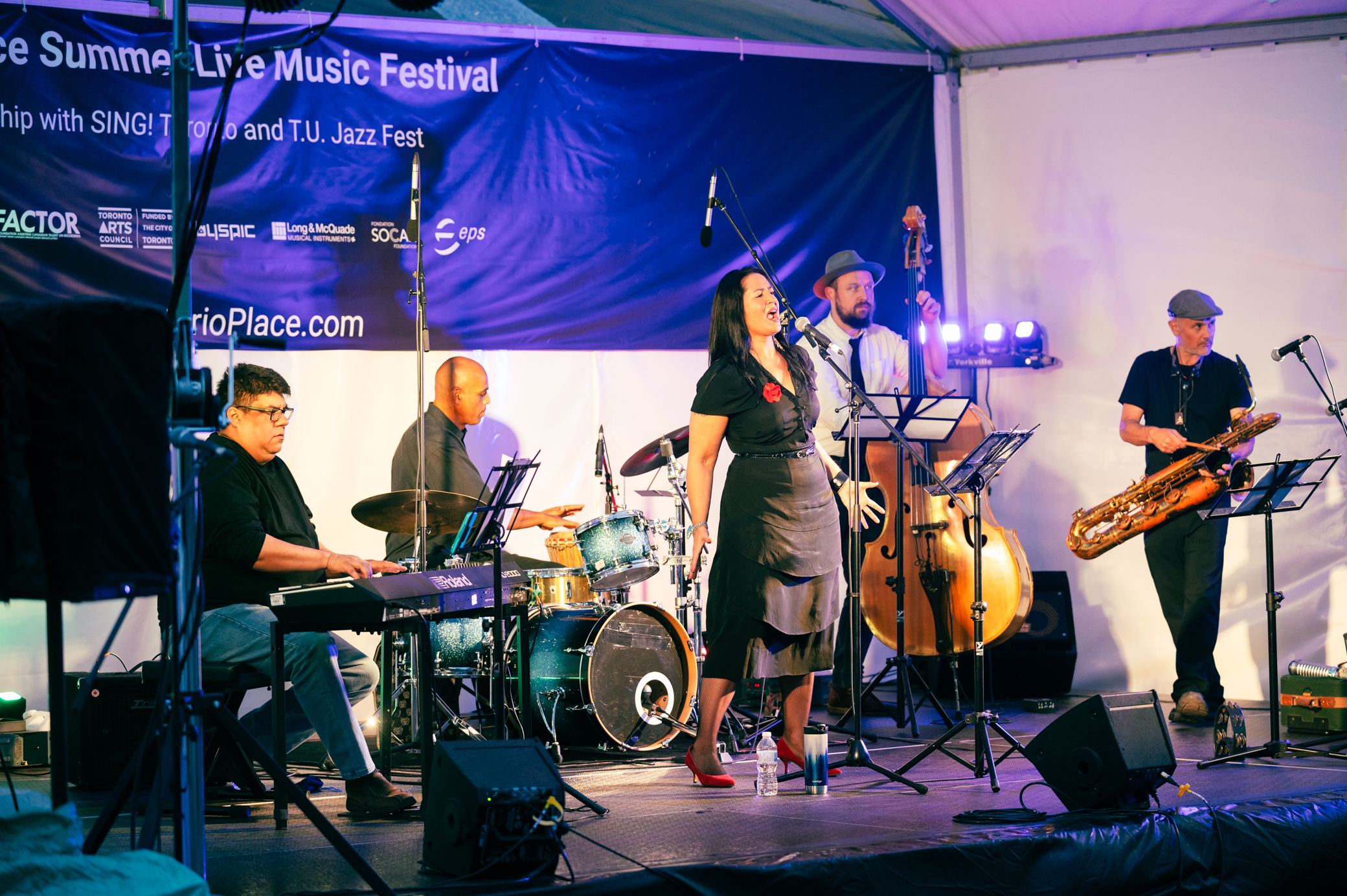 Each performance has been curated in collaboration with our partners. Thursdays and Sundays are programmed by TUJF, a non-profit organization that creates developmental opportunities for youth and emerging musicians in Canada. The first Friday features Francophone music, while all other Friday evenings and Saturday afternoons are programmed by SING! The Toronto Vocal Arts Festival, Canada’s only festival dedicated to celebrating Canadian and International vocal artists with a focus on a cappella music. Saturday evenings will feature Indigenous artists co-curated by Elaine Bomberry and Ian Terry. Elaine Bomberry is an Indigenous performing arts activist, promoter, manager, TV and radio producer. Ian Terry is a multiple-award winning producer, studio owner, audio engineer, professor (retired) and is serving as the chairman of the TUJF Advisory Board.