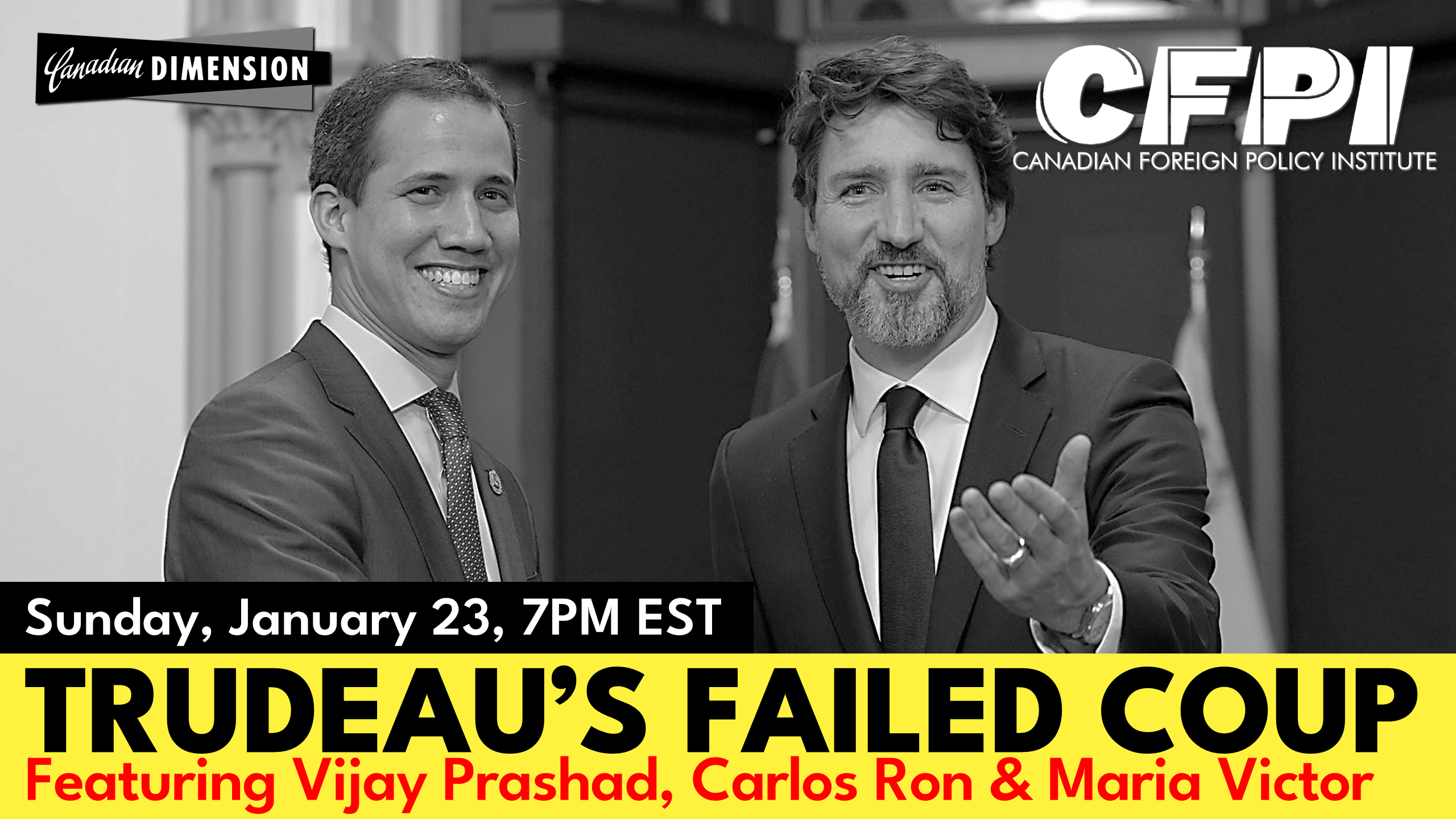 January 23 marks the third anniversary since Juan Guaidó declared himself president. The Canadian Foreign Policy Institute will be hosting a discussion about the Liberal’s failed bid to replace the elected government of Venezuela.

On January 23, a little-known Venezuelan politician declared himself president during an outdoor rally in Caracas. The US and Canada immediately recognized Juan Guaidó.

Three-years later will the Liberals stop recognizing Guaidó? Lay the Lima Group to rest? Remove their sanctions on Venezuela?

What does Guaidó’s failure mean for US and Canadian influence in the region?

Vijay Prashad: Vijay Prashad is an Indian historian, journalist, commentator, and Marxist intellectual. He is an executive-director of Tricontinental: Institute for Social Research and the Chief Editor of LeftWord Books.

Carlos Ron: Carlos Ron is Venezuela’s Deputy Minister of Foreign Affairs for North America and President of the Simon Bolivar Institute for Peace and Solidarity Among Peoples

Maria Victor: Dr. Maria Páez Victor is a sociologist, born in Venezuela, educated in Caracas, New York, Mexico City, England and Canada. She has twenty years national and international experience in policy analysis and environmental assessment, with particular focus in the areas of health and energy.

ENDORSEMENTS:
This event is supported by:

This event is free and open to the public.

The link to register is: https://us06web.zoom.us/webinar/register/WN_HgfXJxcTTTWrXEf7EPlglA