NOW MagazineMovies & TVReviews>>> Richard Linklaters Everybody Wants Some!! is neither Dazed nor Confused

>>> Richard Linklaters Everybody Wants Some!! is neither Dazed nor Confused 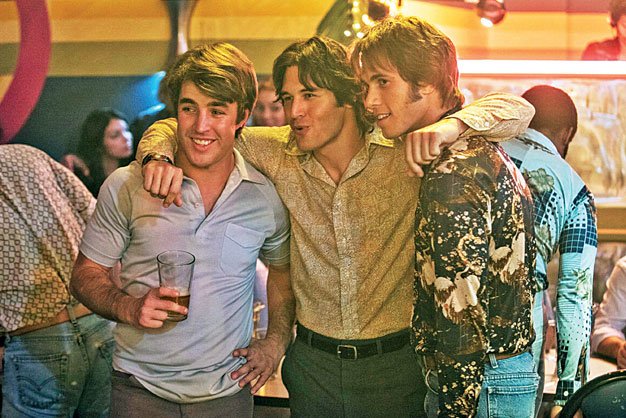 Picking up where Boyhood left off, at least emotionally, writer/director Richard Linklater returns to the hangout vibe of Dazed And Confused with this shaggy comedy about college kids in Austin, set over the weekend before the start of classes in September 1980.

If Dazed was a sprawling epic of intertwining subplots, this film (named for the Van Halen song, of course) is more focused in its storytelling, just following Jake (Glee’s Blake Jenner), a baseball player newly arrived from California.

Jake and his new teammates keep up a steady stream of chatter as they wander around town, and Linklater slowly lets the story deepen once Jake becomes drawn to a theatre student (Zoey Deutch).

Structured with a deceptively casual hand, it’s charming and smartly observed throughout, and the ensemble cast vanish into their period roles. It’s a little on the nose about the eternal promise of college as a place to explore your identity or reinvent yourself, but it kind of has to be, since that’s what you talk about when you’re 18 and newly self-aware.