NOW MagazineNewsEverything you want to know but were afraid to ask

Everything you want to know but were afraid to ask 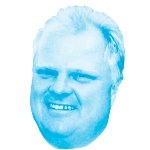 We’d like to believe Rob Ford when he says he’s getting “professional help” for his boozing so he doesn’t wind up dead, after last week’s revelations about a second crack video and audio of another racist rant. Except it sounds like something his former campaign manager, Nick Kouvalis, might’ve told him to say.

In fact, those are the precise words sources say that Kouvalis used a year and a half ago in a meeting with the mayor’s brother Doug and his mother, Diane, to talk about Rob’s substance abuse problem.

Rob is spinning us. Again.

It’s not possible to believe he has all of sudden had a moment of clarity and just wants to be able to see his kids grow up. The mayor has not been reluctant to use his children for political cover in the past: he did it after the Marg Delahunty “ambush” and his 9-1-1 rant he did it when he lied about Star reporter Daniel Dale acting the “peeping Tom” over his backyard fence he did it when he chalked up a domestic dispute call to his home on Christmas morning 2011 to “regular family stuff.”

In that incident, his in-laws reported that he was taking the kids to Florida against his wife’s wishes. Ford sent his buddy Joe Warmington of the Toronto Sun a photo of himself and his daughter happily playing in the pool in the Sunshine State just in case there was any doubt about that.

Are we really to believe his latest bender had anything to do with the death of family friend Jim Flaherty? Ford was reportedly broken up about that.

In his statement announcing his leave of absence, the mayor proclaimed his love for Toronto, though he’s consistently put his political and personal interests ahead of the city’s by not heeding calls for his resignation.

Let’s get real. As long as there was no hard evidence, Ford was going to play out the string. There was no need to do otherwise, especially since the police investigation into his alleged association with known gang members has stalled. But stills from a second video of the mayor smoking crack have forced him to step away.

More than one reporter observed last Thursday, May 1, that Ford strode with purpose from his house to the car waiting to take him to an airfield north of Toronto and presumably to an undisclosed rehab facility in Chicago.

A few of them wished him good luck, but he said nothing, wearing a look of consternation, a man off to face his demons, but not because he wants to.

No. 2: What’s the mayor’s end game, and is Doug Ford running for mayor?

It’s not clear that the mayor has a game plan beyond maybe going to California and starring in his own reality TV show. When it comes to the responsibilities of running the city, he’s never had the smarts, the energy or the inclination.

It’s not about Ford Nation any more, if it ever was. It’s about upholding the Ford family’s grandiose self-image based on Doug Ford Sr.’s four-year political career as a Mike Harris-era backbencher. For the boys, his inflated figure is always looking down from heaven.

That mission has always informed the Fords’ political game plan.

Which is why there’s renewed talk of the sullied one, Rob, stepping back to assume Doug’s council seat and of Doug running for mayor. Doug offered a terse “No comment” when asked about that this week. But the old switcheroo has always been a possibility in the event of an emergency.

It was part of the plan when Doug announced in February that he wouldn’t be running for the provincial PCs and it looked like the cops might be ready to arrest the mayor. It was also in the works when Ford got tossed from office on the conflict of interest ruling back in 2012 – only to be saved on appeal.

With Rob slipping in the polls – two-thirds say he should resign – now may be the moment for the brand to get a facelift.

No. 3: Is there still time for Ford to write his redemption story?

The recently called Ontario election is diverting attention from the mayor’s race, which is opportune for Rob Ford.

And there is still some sympathy for the mayor, a deep enough well in older parts of the suburbs to scare the shit out of political operatives working on opposing mayoral campaigns. If he can get himself clean and sober, if only for the sake of his two small children, who knows? The city overfloweth with forgiveness.

The last time Ford was on the wagon, he began showing up at Sunday revival meetings at Jane and Finch. He talked about his “come-to-Jesus” moment. He said prayer was “very important” to him, and that was no accident. He was speaking directly to the socially conservative minority communities that make up his base, the true believers whose fervent support for Ford is almost religious.

Some still want to cast his story as a personal tragedy that’s what Deputy Mayor Norm Kelly calls it. But it’s more like a bad rerun. He plays nice for a couple of months, and then he’s back in the ditch. It’s the classic addict pattern.

And it’s a question of character. Ford has none, despite (or because of) all the advantages he had growing up, unlike those in poor neighbourhoods across the city who have every reason in the world to make excuses for themselves but persevere in working toward a better life for themselves and their families. Frankly, he shouldn’t be Toronto’s problem any more.

But since he won’t resign and politically there’s still no appetite on council for forcibly removing him from office – no, that would be dangerous to democracy, right? – we’re stuck with him for as long as he wants us to be, or at least until election day, October 27.

No. 4: Who benefits from Ford’s staying in the mayoral race?

The short answer is Olivia Chow, who noticeably didn’t call on Ford to resign. Perhaps she didn’t want to be seen as kicking a guy when he’s down.

But just as it’s time for Ford to swallow some hard truths about his substance abuse problems, it’s time for his political opponents – especially those on council who didn’t ask the province for the powers to give him the boot last November – to face facts. They’re just as responsible for prolonging the agony. He’s been politically isolated for going on two years now. Why keep him around? It’s difficult to buy the argument that giving council the power to remove Ford would somehow put our democracy in peril, that any future unpopular chief magistrate could be taken out on a whim. It wouldn’t be that simple the courts would have something to say.

But Ford makes a convenient foil, so it’s to his opponents’ advantage to keep him in office. For those supporting Chow, he’s useful for keeping John Tory, the other right-wing mayoral candidate, at bay. For the Libs at Queen’s Park, Ford is a helpful reminder to voters what a mess the Conservative agenda would be if PC leader Tim Hudak were elected. Most of his opponents, it seems, would rather sit back and watch Ford self-destruct – and drag Toronto through the mud right along with him.

No. 5: And how did a racist, homophobic, misogynist like Ford get elected in the first place?

The South Asian woman whose family recently bought Royal York bakery and deli says the mayor has been coming here for the pepperoni sandwiches since he was a kid.

The shop is two doors from Sullie Gorman’s bar at the corner of the strip mall, where audio of the mayor’s latest drunken racist, homophobic, misogynist rant was recorded. The woman outside the deli, however, hasn’t heard the latest because she has a newborn and is too busy to keep track. Where local boy Ford is concerned, some of the dirty details get lost in the realities of everyday life.

The audio from Ford’s latest fulmination is not particularly revealing, mostly confirming what we’ve always known about him. Who calls Italians “dagos” any more? Ford, that’s who.

In that perfect storm that brought him to office in 2010, Ford won 50 per cent of the immigrant vote in key ridings lefties thought made up their natural turf. They can’t possibly vote for him again, can they? CBC and CTV crews that had been through to talk to regular folks in Ford’s Etobicoke backyard last week left puzzled and fascinated that they still believe in their man. There will always be those who’ll vote for politicians like Ford through whom they can voice their anger.

Ford has shown himself to be unfit for office the only person who doesn’t know it is Ford. The serious question is what is it in our system that’s so broken that people in Toronto voted for Ford, and may still do so in significant numbers? On that front there’s a lot of mending to do, no matter what happens.

All photos by Cheol Joon Baek