158 recommendations later, the force is still covering up for mishandling of people in distress 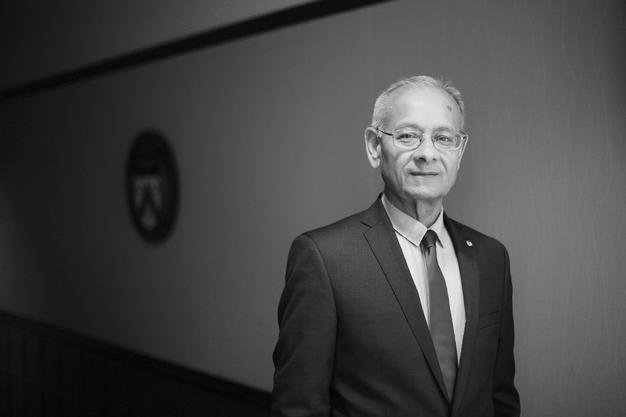 The YouTube footage from that night in July 2013 remains etched in our collective memory.

Sammy Yatim, an 18-year-old whose family came here from Syria, died that night. He was shot eight times by a Toronto police constable, James Forcillo. As more information became available, it turned out that as he lay on the streetcar floor with whatever was left of his life, he was sprayed by a burst of electric charges from a police sergeant’s taser.

Forcillo is now on trial, charged by the province’s Special Investigations Unit (SIU) for this shooting death. He is the only member of the Toronto Police Service to be charged with an offence related to the killing of Yatim. The SIU excluded the actions – or inaction – of every other officer present at the scene because those did not fall within its mandate. Nor did the police service’s professional standards unit, which investigates the conduct of members on behalf of the chief of police, review the actions of anyone else at the scene. It did review the use of the taser on a disabled and dying individual, we are told, and determined that this was justified, appropriate and in accordance with the service’s procedures and training standards.

The taser was used because Yatim, lying on the floor with eight bullets in his body, was still holding a knife, and his hand was twitching. Since no determination had been made officially of his condition, he was a potential threat to the safety of the officers. So disabling him demonstrated sound judgment and conformed with training.

The video of the fatal encounter shocked and outraged a community that demanded accountability. Wherever I went – social events, official meetings or family get-togethers – I got an earful. No one believed what was being said officially on the subject of the police handling of people in crisis.

Faced with this crisis of confidence, then police chief Bill Blair did what the Police Services Board (PSB) had done a few years earlier in response to fallout from the G20 – he sought the help of a senior jurist, retired Supreme Court justice Frank Iacobucci, who undertook an independent review of interactions with what the police refer to as EDPs (emotionally disturbed persons).

Iacobucci’s exhaustive, million-dollar-plus review took more than a year to complete. He released Police Encounters With People In Crisis on July 24, 2014 [PDF]. He made 84 recommendations – and a moving, heartfelt statement at a press conference that the loss of the life of one person in crisis at the hands of the police was one too many. He proposed that the police service aspire to a goal of zero harm. Blair made an unequivocal commitment: he said this report would not gather dust on somebody’s shelf.

This wasn’t the first report on police (mis)handling of people in crisis. Only a few months earlier, in February 2014, Ontario’s coroner’s office had issued its jury’s report from the combined inquest [PDF] into the Toronto police shootings of three individuals in crisis: Reyal Jardine-Douglas (killed in 2010), Sylvia Klibingaitis (killed in 2011) and Michael Eligon (killed in 2012).

That inquest opened about three months after the killing of Yatim, running from October 15, 2013, to February 12, 2014. Families of the dead, consumer/survivor groups and mental health agencies, among others, saw in this inquest an opportunity to make far-reaching recommendations on police response to people with mental health issues.

In an unprecedented move, the Police Services Board decided to take a position at the inquest that was independent of the position of the police service and to make common cause with the community. There were those on the policing side who claimed the board had abandoned them.

As a result of the JKE inquest and the Iacobucci report, a combined 158 recommendations have been made on improving police handling of people in crisis. At the PSB’s September 17 meeting, new police Chief Mark Saunders gave an update on implementation of the Iacobucci recommendations, stating that the police service “has committed staffing resources and has worked diligently with all stakeholders.”

A senior member of the police service responded skeptically when I asked about those numbers: “The implementation is in Mike’s head and in the pieces of paper he has written.” That reference was to Deputy Chief Mike Federico, the service’s point person on this issue.

There are grounds for doubt in regard to Saunders’s claim that the police service has “worked diligently with all stakeholders.”

In response to one of Iacobucci’s recommendations, the service created an advisory committee to initiate an ongoing consultation process. But the advisory committee met only “one and a half times,” according to one member. At its first meeting, the committee received a detailed presentation from the service on its efforts to improve its practices for people in crisis. In the second meeting, community members not prepared to rubber-stamp the police implementation plan asked hard questions. The meeting was relatively brief, according to my informant, and the advisory committee has not met since.

If there were consultations with other “stakeholders,” Saunders’s reports do not enlighten us as to what they were and who was consulted on what.

There has been progress on certain recommendations. (See below.) But how aware of this are frontline police? What, if anything, has changed in their practice as a result?

The answer I have received from someone in a frontline supervisory position is that, as far as the rank and file is concerned, little has changed. Police officers in the divisions still handle many calls involving people in crisis. The vast majority of them are handled and diffused properly, but there is no assurance that all rank-and-file police officers have the common sense, communication skills and experience to handle situations without harm.

On November 7, a 43-year old man, Rodrigo Hector Almonacid Gonzalez, died the day after 10 police officers, including members of the tactical squad, went to his apartment in response to a 911 call. Two tasers were used, and, according to media reports, photos taken in the hospital show Gonzalez with a head injury wrapped in bloody gauze, a black eye and bruises on an arm and shoulder. The SIU is now investigating.

And then there is the reported assault by two police officers on Santokh Bola on November 1. Bola, who has an intellectual disability, is suing police for $5 million. Even before there has been a full investigation, Chief Saunders has declared that officers acted in accordance with their training. He has denied that there are any “rogue officers” in his service. I wonder how Chief Saunders defines harm.

A breakdown by theme of where Toronto police stand in implementing former Supreme Court justice Frank Iacobucci’s recommendations from his July 2014 report on police protocols for dealing with people in crisis.

• The force now has an eight-point statement on its website that touches on its commitment to “preserving every life.”

• TPS has stated that this recommendation will be tabled at the Ontario Association of Chiefs of Police Constable Selection Committee, because other police services are not required to do the same.

TRAINING The 20-week recruit training period should be increased.

MENTAL HEALTH OF POLICE PERSONNEL Provide mandatory annual visits with a psychologist for all officers.

• TPS has launched a pilot project for psychological services for early-career officers in two divisions but says it doesn’t have the budget to hire more psychologists.

USE OF FORCE TPS should supplement its Use of Force Procedure with best practices from the Ontario Use of Force Model, the United Nations and the International Association of Chiefs of Police.

• Toronto police are currently participating in the provincially mandated Use Of Force Report, which was last updated in 2004.

EQUIPMENT TPS should advocate for an interprovincial study on the medical effects of tasers.

• Toronto police have not implemented this recommendation. The force says it “remains satisfied that the current medical research has found no persuasive evidence of risk to vulnerable persons.”

Ontario hospitals warned this week that staff shortages and worker burnout will compromise their ability to respond to another.