As councillor he plans to help people dance, pay for transit with a “Sweet Tax” and cut the police budget 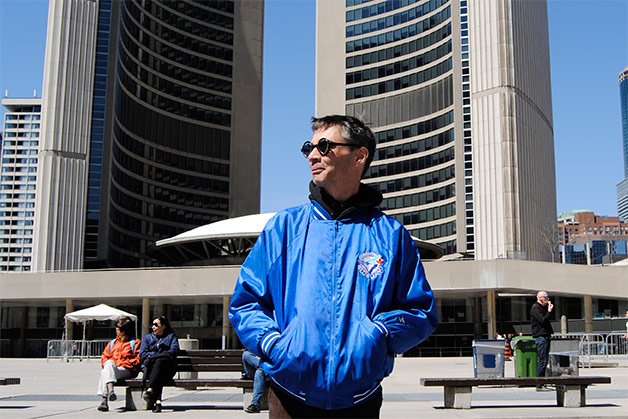 Since Councillor Adam Vaughan shocked political pundits and junkies alike by announcing he is running as a Liberal MP in Trinity-Spadina, his council seat has been left cold.

That seat warmed up, or smoked up, a little bit Thursday when marijuana advocate Matt Mernagh dropped out of the mayoral race to fill what he calls Vaughan’s “big shoes” in Ward 20.

The popular ward went to Vaughan in 2006 when Olivia Chow left for federal politics. At the federal level the riding has changed hands from NDP to Liberal since the 80s. Municipally the ward seems to be a veritable hotbed for political purebreeds.

This could be both a blessing and a curse for Mernagh whose only political foray has been this year’s bid for mayor.

In the last election, Vaughan won the ward with an overwhelming 74.5 per cent of the vote.

Mernagh recognizes voters have shown a lot of “love” for his predecessors, but sees the area as one where his ideas will be appreciated.

Those ideas are a sober-minded approach to reducing the police budget, working to lift the ban on electronic dance music events at Exhibition Place and funding the downtown relief line in a very confectionary way.

The pothead-cum-politico hopes to fund the much-needed line with what he calls the Sweet Tax that would put a three per cent surcharge on junk food.

While he recognizes that “people are gonna kill me for it” he says he’s not asking for anyone to change their diets and admits to indulging in a celebratory candy bar at the end of a hard day.

He says this would take the burden off the property tax payer, all the proceeds would go directly to funding the transit option and the tax would expire as soon as the work was finished.

Not a bad idea in principle.

Although his thoughts on policing are somewhat less sweet, they are pragmatic and necessary for change.

“What we know with the police budget is that it’s all deployment costs,” he says, “It’s all labour.”

And, he’s not wrong.

According to the 2013 Toronto Police budget, “Salary and benefit expenses represent 89.5 per cent of the Toronto Police Service’s 2013 gross expenditures.”

He would remedy the situation by changing work hours for some police to reduce overtime spending.

“The entertainment district has a large number of overtime hours from police officers on horses.”

He sees the value in the mounted unit because they work well for crowd control and have a higher vantage point over crowds when “drunk people spill out on to the streets.”

If those officers are primarily needed Thursday through Sunday, then his fix would be to only have them scheduled to work those hours.

If nothing else, maybe this fix will reduce the amount of horse shit in the bike lanes.

He also notes with a chuckle: “People are less likely to respond negatively to a horse than they are to a cop.”

One piece of his campaign for councillor that may get him all the support he needs is his will to let the people dance.

In reference to the electronic music ban at Exhibition Place, he asks, “Why are we specifically targeting rave music and dance music?”

He plans to meet with the licensing committee.

The EDM ban was spearheaded by Muzik nightclub owner Zlatko Starkovski. The sole music venue at the Ex seemed to be crying foul over competition.

From Mernagh’s perspective, if younger people want to dance, they should have a safe place to do so.

“We know [people at these events may] do something that’s maybe a bit more risqué – we just want to make sure it’s not completely risky.”

As far as risk factors for his campaign go, Mernagh knows he’s an outlier and a known marijuana smoker and he embraces the challenge of convincing people he’s a serious contender.

Not many ridings “would accept a person who openly medicates with marijuana and Trinity-Spadina is one of those ridings.”

One thing is certain for Mernagh, once you look past his exuberant persona as a pot advocate he’s a very intelligent person. Or at least that’s what he says his lawyer tells him.