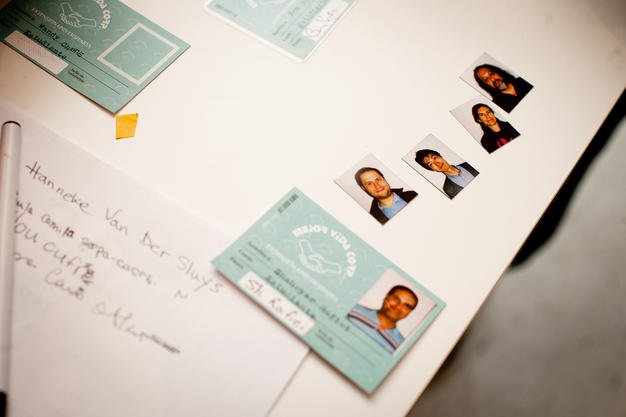 For the inaugural show at LACAP’s (Latin American-Canadian Art Projects) new gallery space, curator Tamara Toledo brings together five artists from South and Central America who come from a cultural scene decidedly more politicized than ours. They may not be familiar names, but most have established international careers and are regulars on the biennial circuit.

Brazil’s Regina Silveira, whose installations often employ visual tricks with shadows, applies a pattern of enlarged human footprints to the window in Irruption, evoking swarming insects in a not unpleasant way. A more ominous wall image of a hanging light bulb that recalls a film noir police interrogation casts a black glow of darkness.

Also working with light vs dark, Montreal-based Costa Rican Juan Ortiz-Apuy prints the CIA’s anti-Sandinistas leaflet – airdropped into Nicaragua in 1983 – in fluorescent white ink that’s invisible in the light. These pages are displayed in a room with motion-sensitive lamps that only go out when viewers stand completely still. The light-dark reversal echoes the CIA’s branding of its dirty-tricks instructions as The Freedom Fighter Manual.

Mexican-American Marcos Ramirez Erre appropriates forms of signage that guide movements and migrations: arrows pointing to world capitals mounted on a pole outside the gallery have statements on art and politics on the back.

Some of the least visual projects turn out to be the most intriguing: The Mejor Vida Corp, a “business” founded by Mexican intervention artist Minerva Cuevas, prints IDs, subway passes and barcodes. You can get an ersatz student card made at her gallery “office.” Jota Castro, a Brussels-based Peruvian, distributes his Survival Guide For Demonstrators, a 16-page tabloid offering radical tourists advice on world cities, with handy hints on upcoming demos and local transit, food and law enforcement (including how not to get shot by police in the U.S.).

The focus here is more on surveillance than sports, and we can thank LACAP and the Pan Am Path Art Relay for exposing us to artists with a highly attuned political sensibility forged by life and decades of resistance in Latin America.