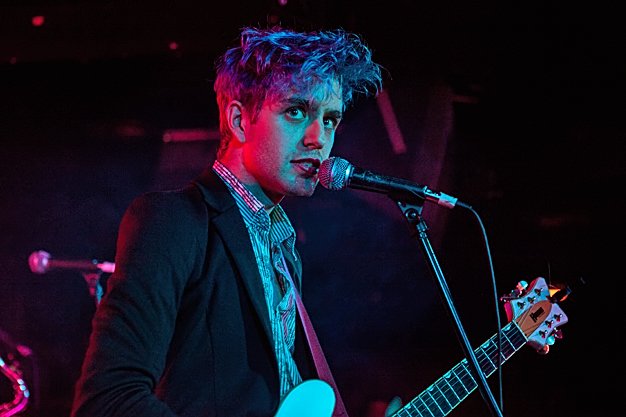 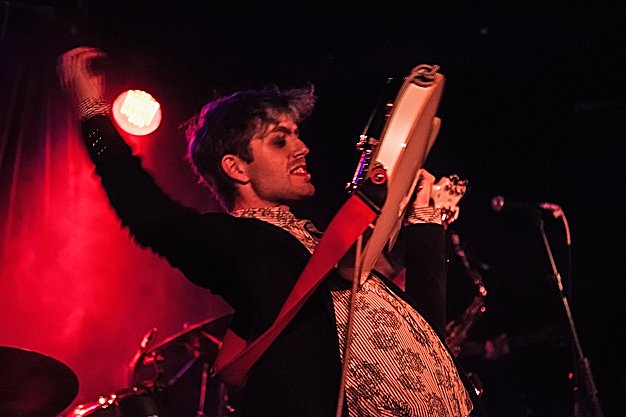 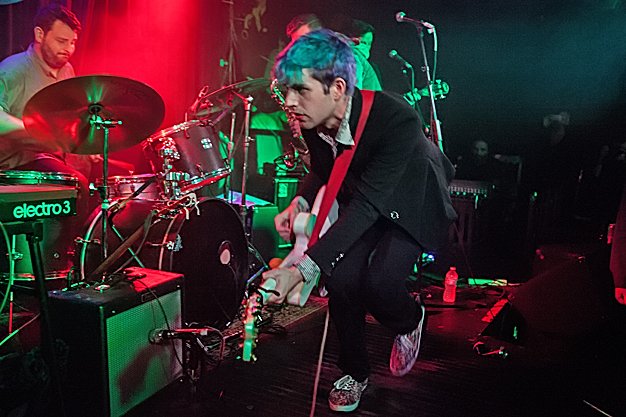 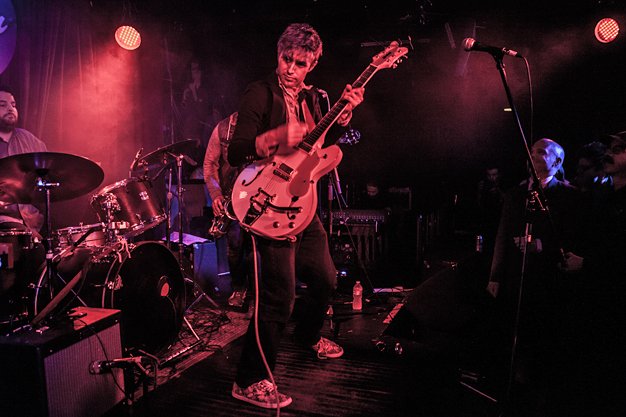 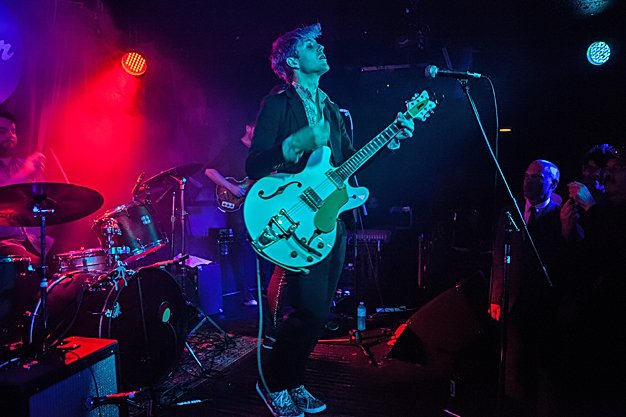 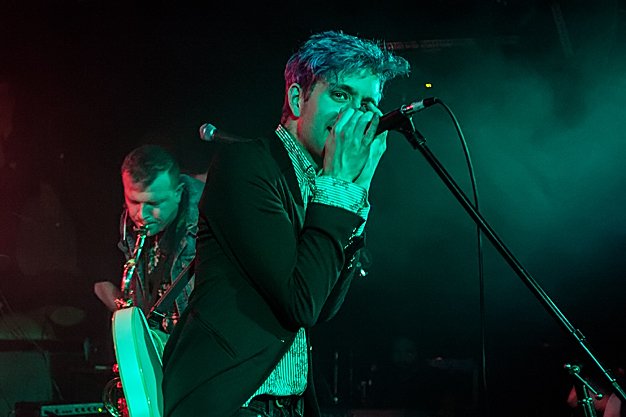 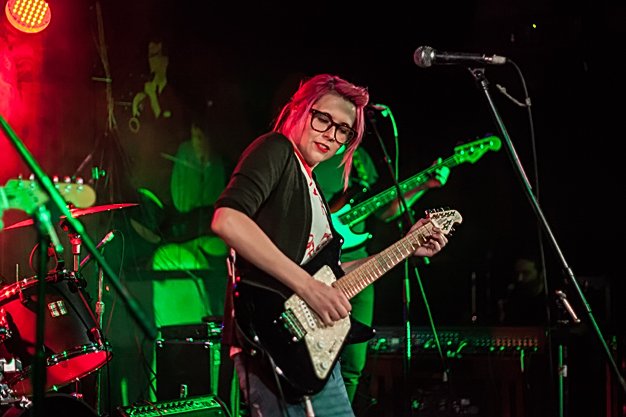 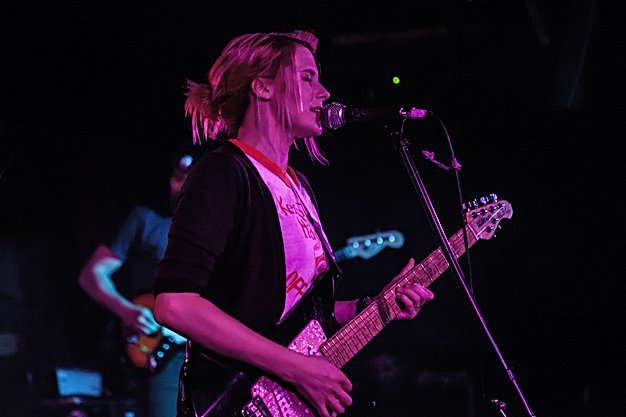 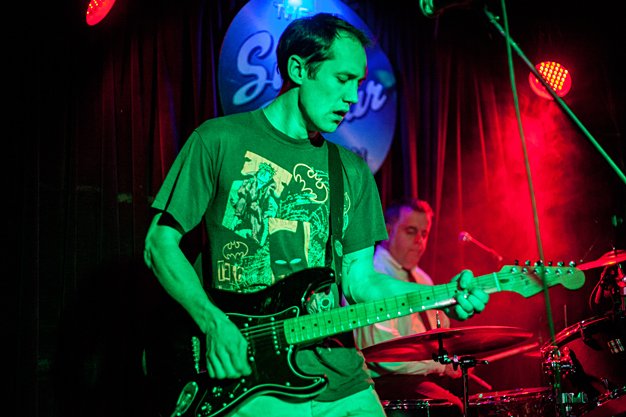 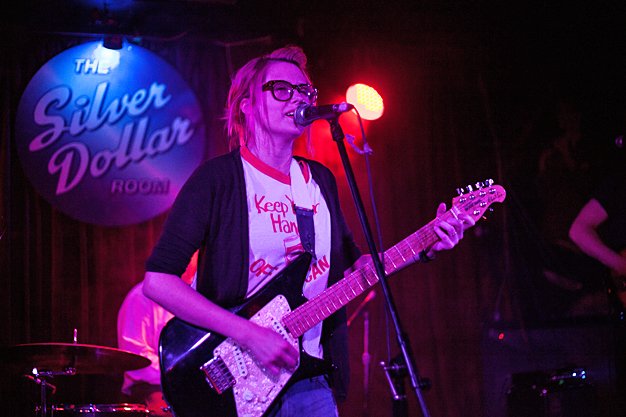 Looking a bit like a young Billie Joe Armstrong in lipstick, Ezra Furman made his Toronto live debut backed by four Boyfriends on drums, guitars, bass, keys, saxophone and myriad percussion. The Chicago musician draws heavily from early American rock and roll, and he got the crowd shimmying and shaking from the get-go, turning the Silver Dollar into a divey, more queer-friendly version of a sock hop.

Furman keeps the music rhythmically fun – think the Bo Diddley Beat – and his lyrics (and stage banter) vulnerable and sincere, largely focused on the seedier and tragicomic aspects of life. His voice is too brittle and yelping to qualify as “soulful,” but he makes up for it with an impassioned performance style enhanced by his band’s terrific doo-wop backing vocals, epically pealing saxophone and mastery of dynamics.

Many of the set’s standout songs were from his recent Perpetual Motion People album, including Can I Sleep In Your Brain? and the Bowie-evoking Ordinary Life, “a song against suicide,” Furman told us while trading his electric for an acoustic guitar. Both had stunning, surprising backup harmonies. And while introducing his paean to gender-fluidity, Body Was Made, he said, “Even if it doesn’t scan that way, this is for the queer kids.” Cheers went up.

He has a penchant for ballads that start stripped-down and then slowly build toward dizzying Meatloaf-level melodrama. Despite moments of awkwardness, the set did that, too, without us even realizing it. With the crowd sweaty, smiling and emotionally broken open, something close to catharsis was in the air by the time it ended long past 1 am.