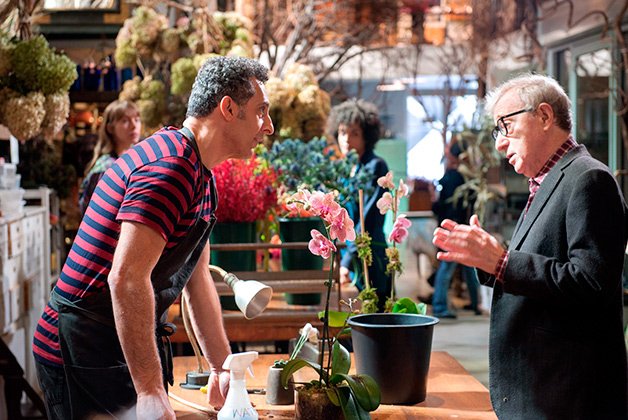 John Turturro (left) and Woody Allen fail to hook us in.

But the rest of us know an elaborate male fantasy when we see it.

The film is plainly an homage to Allen himself. It’s a got a jazz-based soundtrack, it seeks, and occasionally succeeds to replicate his offbeat Jewish humour – the piece is set in Brooklyn close to an Orthodox Jewish enclave – and Allen plays another endearing schlemiel.

And what would a paean to the Woodster be without a bit of an ick factor? Turturro delivers with a borderline offensive set-up between working boy Fioravante and an Orthodox Jewish widow (Vanessa Paradis) who’s being shadowed by a forelocked security guard (Liev Schreiber) from her own community.

At one point Murray is hauled in front of Orthodox elders on charges of violating Jewish law. What authority would they have over a Jew outside their own community, and why is there no payoff?

It’s ridiculous, but so is the entire film.