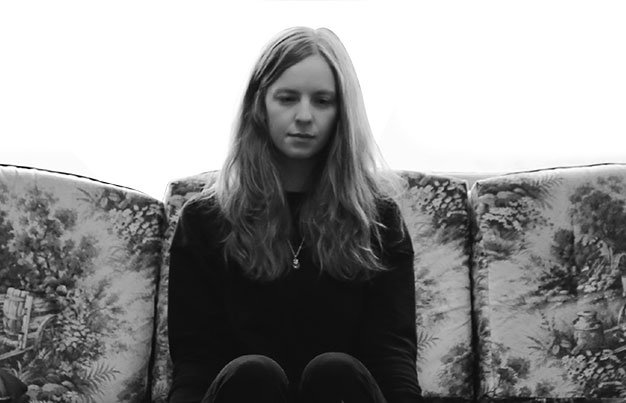 A few reviews of her new album, Cosmic Troubles, the first under the Faith Healer moniker, have referred to some of its lyrics as being about relationship abuse. Particularly the song No Car, which I, as well, interpreted this way. “We were being lovers / when you grabbed me round the neck,” she sings with breezy, melancholic sweetness.

“I’m glad you asked about that so I can clarify,” Jalbert says over the phone from her hometown, Edmonton, groggy from having played a show the night before with her punk band TeeTahs. “Any kind of literal way of taking that is… well, it’s just a sex thing. The song is actually about a person I felt was really holding themselves back through their own fear.

“Then there’s another song where I talk about strangling myself. A few press pieces have put out the idea of me as a victim of domestic abuse. That’s some serious shit, but that’s not me.”

The songs took shape slowly during the years since her 2011 solo debut, and the lyrics also touch on drug use, poor self-image and general sadness, all shadowing the Velvet Undergroundesque mellow tempos and laid-back arrangements.

“That’s something I lean on a lot: the music and lyrics not necessarily matching,” says the singer/guitarist. “But I don’t feel like I’m a dark person. You think about the realities of life – everything seems weird and it’s hard to understand what’s going on. I’m just coming to terms, I guess.”

The excellent album, which got her signed to Mint Records, is a step forward from her solo work, more fleshed out and fully realized thanks in part to assistance from producer Renny Wilson, who also played drums, bass and “a lot of the auxiliary stuff, too.”

He’s not in the band, though. But she wrote the songs very much with a band in mind hence the name change. Live, she employs a who’s who of Edmonton’s indie music scene: bassist Jenni Roberts (TeeTahs, TOPS), guitarist Jim Cuming (Jom Comyn), keyboardist Aaron Parker (Cantoo) and drummer Mitch Holtby (Mitchmatic). (Wilson will be drumming at the Toronto show, though.)

Hearing her match these names to their projects is a reminder of how thriving the Edmonton scene currently is. How big a part has Mac DeMarco played in that?

“Mac DeMarco reps Edmonton pretty good,” Jalbert says. “On his latest album, he’s wearing an Edmonton ball cap. There are a few indie success stories, like Mac and Purity Ring. These are people everybody used to play shows with, so it’s exciting for us to see them actually make it.”