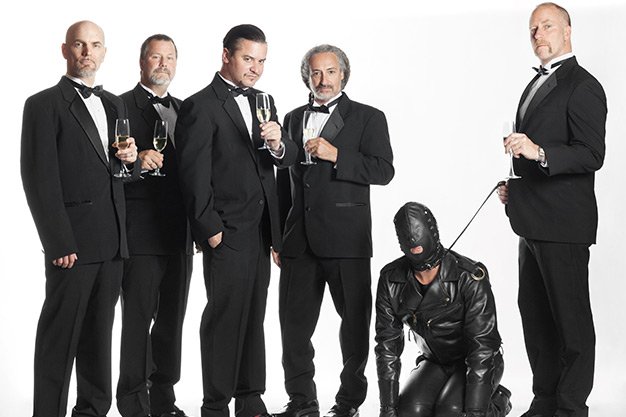 Billy Gould co-founded Faith No More in 1981 and helped keep the subversive yet successful rock band going strong for almost two decades. They had credibility and, during the 90s alt boom, some chart success before breaking up in 1998.

This past May, FNM released the acclaimed Sol Invictus (Ipecac/Reclamation), their first album in 18 years. It’s the raging, inspired culmination of touring activity that resumed in 2009. After so many years apart, an obvious question about their reunion is “Why?”

“The answer is ‘Why not?’” Gould says, FaceTiming from his home in San Francisco. “When you’ve had so much experience with people, it’s hard to talk to someone else about it because they can’t understand it. We really do understand each other on a certain level, and it was really nice to be working together again.”

Unlike bands of their vintage that petered out and eventually reformed to play for more people and money, Gould says Faith No More had hit a creative peak when they separated. “We just became very burned-out with each other. The band had taken up so much of everybody’s energy for so many years – people needed to do things on their own.”

Faith No More were/are unusual, drawing from punk, metal, hip-hop and dark absurdism to conjure their idiosyncratic sound. They seem custom-made for the pluralistic manner in which people consume music today.

“See, it’s funny, I get the opposite. I actually think it’s more stratified and rigid these days,” Gould argues. “The way music is marketed, it’s so niche-based and concentrated on certain categories that I get the feeling people are more limited in their tastes.”

And yet Faith No More would fit nicely into the programming for every one of our planet’s million multi-genre music festivals.

“Okay, you’re right and are making a very good point,” Gould says, chuckling. “What’s weird, though, is if we’re playing a festival where Killing Joke and Katy Perry are playing, sometimes the audience can look at all three bands and think they’re the same thing.

“Entertainment has a different value to people than it used to. We still have our crowd – people who know our music from 20 years ago and wanna hear our songs. We’re really fortunate there. If we were a band starting out, I don’t know if we could cultivate that now.”