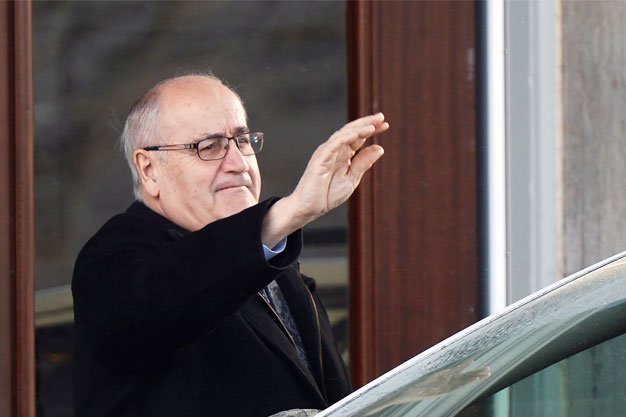 For months, veterans groups and opposition MPs had been calling for the head of Veterans Affairs minister Julian Fantino. And for months, Prime Minister Stephen Harper publicly stood by his man.

However, on Monday, January 5, when fewer people were looking following the Christmas holidays, the PM finally lowered Fantino over the side, officially demoting him to associate minister of National Defence, a junior portfolio that has been left vacant more often than filled in the past 45 years.

Replacing Fantino is Erin O’Toole, a personable rookie MP seen as a rising star in the Conservative party and a former captain in the Royal Canadian Air Force.

O’Toole’s assignment at Veterans Affairs Canada (VAC) will be daunting. The vast majority of the ministry’s traditional client base, WWII and Korea veterans, is fast expiring. And an institution that grew into a care-assist program for mostly elderly vets is suddenly finding itself challenged to cater to the unique needs of a much smaller cadre of younger battle-scarred soldiers.

O’Toole will give a kinder, gentler face to VAC. Whether he can change the culture there is an open question. Fantino didn’t try. Arguably, the brightest move to resolve the rift between veterans and the federal government was made last October when well-liked former Canadian Forces chief of defence staff Walter Natynczyk was appointed deputy minister of VAC.

Fantino’s appointment as minister in July 2013 was one of those decisions that seemed like a good idea at the time, when rumblings of discontent were heard from combat soldiers recently returned from Afghanistan, many of them suffering from PTSD and debilitating injuries.

As a tough career cop who rose to become the chief of no fewer than four major police forces, Fantino seemed a strong choice to champion veterans’ rights. Although he’d never worn a combat uniform, he was billed as a brother-in-arms, determined to cleave through the Gordian knot of red tape that’s ensnared VAC for decades.

But instead of reforming inadequate policies and rebuking inept bureaucrats, Fantino turned his trademark combative wrath on the angry veterans themselves. While his gruff demeanour may have served him in the police force, presenting himself as an opponent of former combat soldiers was a huge political error. If there’s one thing our veterans are good at, it’s fighting, and Fantino quickly found himself hopelessly outclassed.

His list of transgressions is long. In January 2014, he skipped a meeting with a delegation of veterans and then, in a botched attempt to appease them, was caught on camera in a heated exchange with an old soldier.

As bad as those optics were, Fantino went beyond the pale last May when he was filmed walking away from the weeping spouse of an Afghanistan veteran who was pleading with the minister for psychiatric care for her husband.

When the auditor general’s office tabled a report in November detailing extraordinarily long wait times for veterans to receive mental health care from the department, Fantino was out of the country conducting a battlefield commemorative tour in Italy.

Veterans were subsequently gobsmacked to learn that while VAC had made the controversial decision to close several health care centres across the country as a cost-savings measure, the same department had returned to the receiver general some $1.1 billion in unspent funds since 2006.

In a bizarre attempt to deflect these revelations, the Harper government announced that it would be adding some $200 million to the VAC budget. The plot backfired when it was revealed that the additional money was to be spent over the next 50 years.

Fantino’s removal is a clear-cut victory for veterans who so forcefully demanded it. Whether his ouster can win back traditional Conservative voters in time for the upcoming federal election seems doubtful. O’Toole’s appointment is already being derided as a political move.