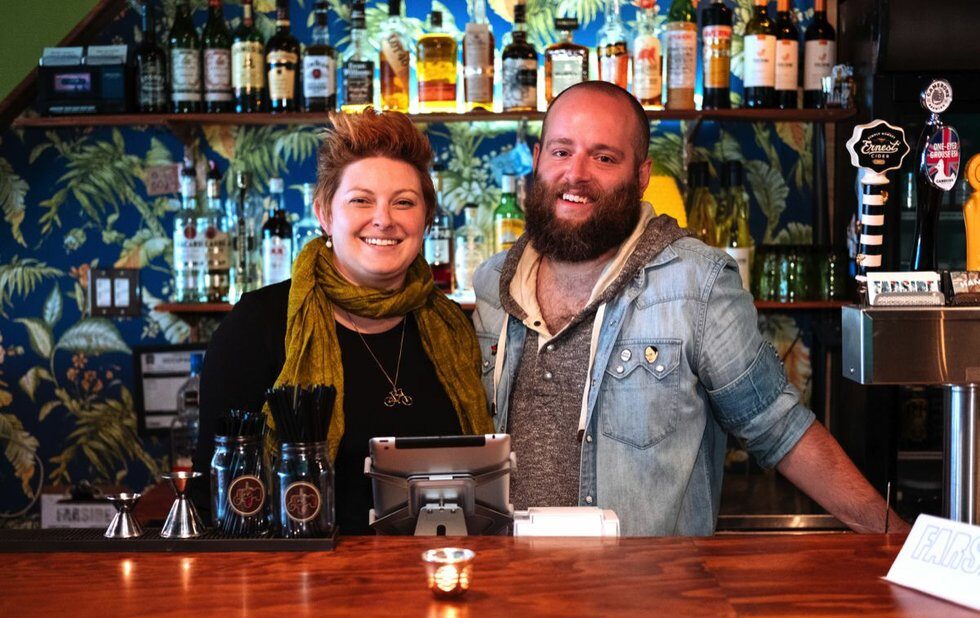 “Where did you bring me?” my companion asked as we took a seat at Farside, a new bar on the cusp of the city’s east Chinatown. “Are we even in Toronto?”

Only one beer in, we knew exactly where we were. But even though we were objectively settling into bar stools on Gerrard, it felt like we’d entered another dimension: the dim, artsy, time-warp rec room of good friends we didn’t know we had. We’d found an excellent watering hole that would prove hard to leave.

With its vintage wallpaper and jumble of retro furniture, Farside is destined to become the east side’s communal living room. Sometimes one of the random VHS tapes on a shelf over the bar is projected onto the back wall. The cocktails come in glassware that could have been lifted from your grandma’s credenza. You can order a pickled egg smothered in Sriracha or birthday cake by the slice, complete with lit candle.

A little gritty and a whole lot of interesting, this bar exudes the personalities of its owners, Rachel Conduit and Mike Reynolds. Though between them they have a long history with bars (Conduit owns Handlebar in Kensington and is the woman behind the beloved Avro… R.I.P. Reynolds formerly worked at east-side neo-institution Hitch), Farside is their first joint venture.

Their experience is obvious. Conduit and Reynolds nail two of the most vital, and habitually overlooked, elements of ambience: lighting and music. Farside is dark enough to feel perpetually cozy without compromising vision, and the tunes coming from the DJ booth beside the bar are eclectic and perfectly pitched. 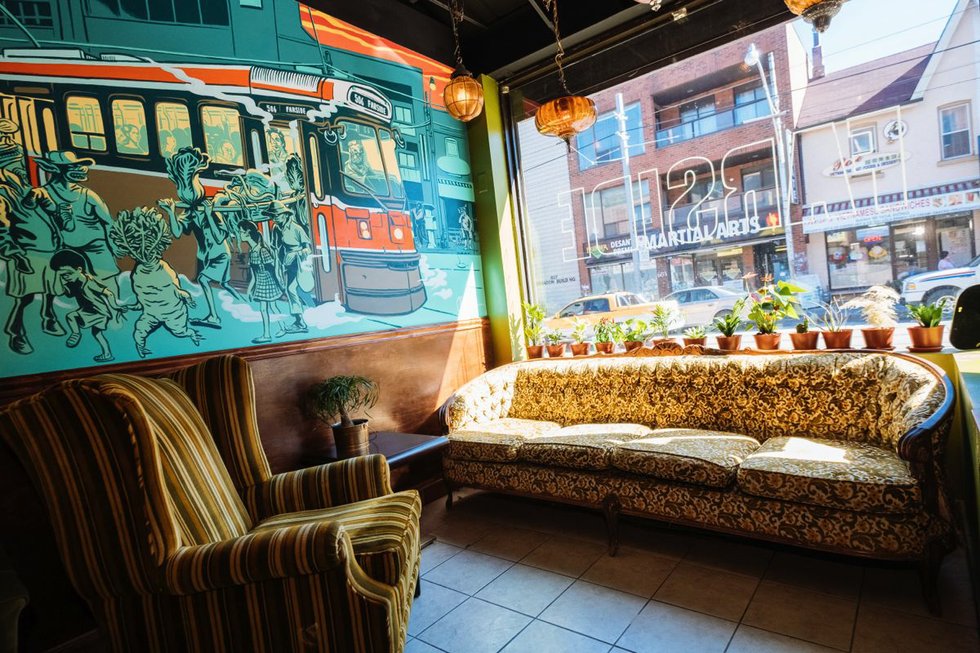 Drinks are as simple as you want them to be. There’s local beer and cider on tap, wine if you want it and of course cocktails. The Forever 21 ($10), a glorified white wine spritzer spiked with St-Germain elderflower liqueur, is as hilarious as it is crushable. Always ask what’s in the Pineapple, the under lit fruit-shaped canteen that takes the place of honour on the back bar. During our visit, it harboured a rich and autumnal Manhattany concoction of rye, sweet vermouth, maraschino and cardamom bitters ($12).

The couple, who got engaged the same night the Avro closed, are fierce supporters of the local arts community and have designated the 1,500 square feet at the back of the building to a rotating artists’ residency. A mural by Farside’s inaugural resident artist, Dmitry Bondarenko, is one of the first things you’ll notice.

Though the bar’s name is a self-aware joke about the west-sider’s terror of crossing to the east side (not a Gary Larson reference – sorry) it’s one of the most mixed and convivial bars I’ve visited. It’s a place where strangers strike up conversations instead of eyeing one another up and down before returning to their iPhones.

I know it sounds like another world, but it’s true.