I graduated from Centennial College's broadcasting and film program in 2012. I was born and raised in Bangladesh, where I. 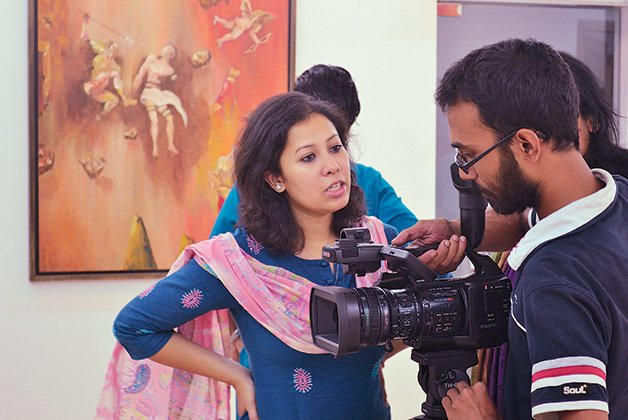 I graduated from Centennial College’s broadcasting and film program in 2012. I was born and raised in Bangladesh, where I did my masters in mass communication and journalism at the University of Dhaka. I moved to Toronto in 2008 and decided to go to film school, which I’d always wanted to do. I was more interested in the creative aspect than the technical side, and Centennial’s program was a good blend of both.

I’m currently working with the Canadian documentary filmmaker Nisha Pahuja on the India campaign for her film The World Before Her. We want to release the film there, and our plan is to travel with Pooja Chopra, the woman in the film who was to be killed 11 days after she was born and was saved by her mother. We want to take the film to universities, colleges and rural areas, where the infanticide rate is really high. I’m one of the campaign managers.

Before Centennial, I wasn’t sure about doing documentaries. Back home we don’t have a clear idea about feature-length documentaries, so I didn’t really consider it. I wanted to work on commercial fiction films or TV drama. In my first semester we had a documentary course, and because of my journalism background I was drawn to that area. It’s a whole other world. From the first time I went to Hot Docs, I became obsessed.

When I moved here, everyone told me, “Don’t go into that industry. No one is going to give you opportunities. You are from Bangladesh.” I wasn’t born or raised here. It was totally a new culture, and everyone was advising me not to go this way. I was frustrated, but at the same time I felt like I’d just try it.

The best part of Centennial was that all the teachers were supportive. They never made me feel like I was new here or didn’t know the culture or language. They gave me equal opportunities. Because of them I’m doing what I’m doing today.

I started working on my own feature-length documentary, Silence Of Violence. It’s about Rumana Monzur, who was blinded by her husband in Bangladesh while she was a UBC grad student. It was all over the Canadian media. We went to school together. I did a research trip, met Rumana in Vancouver and did some shooting. I did some in Bangladesh as well. I made an extended trailer and have been meeting with funders and applying for funds.

Centennial gave me the opportunity to get connected with filmmakers working in the industry. Every year Centennial students produce a video for Hot Docs. That’s how I got in touch with Nisha. This year I got a Doc Accelerator scholarship through Hot Docs, awarded to just eight film grads. The org launched the scholarship this year across Canada.

It’s been almost three years since I started working on my own film. I’m still applying for funds. As a documentary filmmaker, you have to be very passionate and patient and not give up.

Just stick with your dream, even if it’s not easy.