Award shows and competitions offer a trendy new way to nurture struggling local talent, but it's big brands sucking up all the money and energy 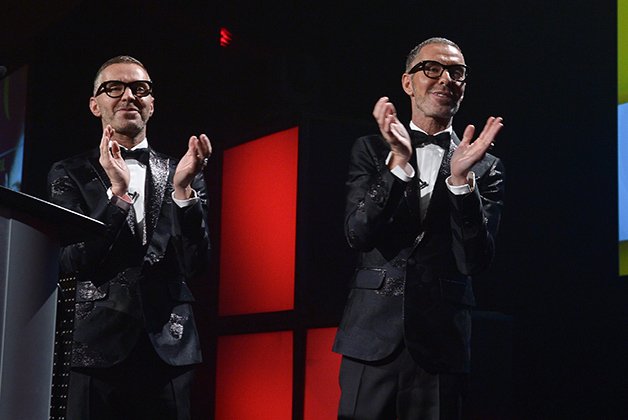 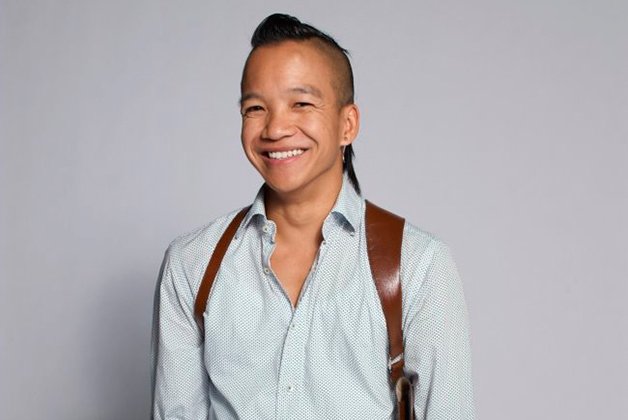 Toronto is a city of almost but not quite world-class things. Our fashion industry is no exception.

It’s not easy for a designer to make it here. For one, the market is small and the general public’s fashion consciousness light years behind that of New York City or European cities, especially when it comes to supporting local talent.

So we’re left with a flock of fledging artists whose operations look more Antiques Roadshow than Project Runway, and others who skip town altogether for the aforementioned fashion capitals.

But have we reached a point where designers can – and should – start “making it” back home? What does it take?

Fashion awards and competitions are the trendy answers du jour.

As the name suggests, MBSU is sponsored by Mercedes-Benz, which ranks 16th on Forbes’ list of the world’s most valuable corporate brands. Net worth: $23.5 billion.

The MBSU competition awards winners with a spread in Fashion magazine, a free show at Toronto Fashion Week and access to a team of lawyers and financial consultants – but no hard cash, which is the problem.

“When you’re starting, you need money,” says 2012 winner Duy Nguyen. “I never pay to do Toronto Fashion Week anyway I always get sponsored. So I didn’t really get anything.”

Just over a year after taking home that big prize, Nguyen tells me that he is quitting the fashion biz.

“I got offered a decent salary,” he says. “I’m tired. I’m not 20 years old any more and I only make minimum wage.”

Then there’s CAFA, which held its inaugural event two weeks ago, by all accounts an indisputable PR triumph.

The sold-out gala welcomed internationally celebrated Canadians like Coco Rocha and Dean and Dan Caten (Dsquared2), who were greeted on the red carpet by a sea of cameras.

But nurturing Canadian talent and strengthening our industry is not about the rare juggernauts like the Catens who’ve already found success outside our borders. It’s about the new class of homegrown designers who struggle to make a living wage.

CAFA pledges to support these designers in several ways.

For starters, CAFA will make a donation to OCAD’s Social Body Lab based on gala ticket sales. An after-party sponsored by mega beauty outfit Sephora promises proceeds “to be donated to the Toronto Fashion Incubator (TFI),” a non-profit dedicated to nurturing small businesses. CAFA also handed out an emerging talent award that comes with a $10,000 prize.

But the CAFA website and press materials fail to mention that a relatively small portion of proceeds actually go to OCAD and TFI. What might appear at first glance to be a non-profit venture is actually a for-profit corporation.

CAFA organizers could not confirm amounts donated to OCAD, saying that it would be worked out after the event.

The amount going to TFI was up in the air, if not a bit of a mystery, for 10 days after the awards. The final figure came in at 30 per cent of net after-party proceeds, tickets for which went for $100 a pop. They won’t give me an exact dollar value, though, and it’s unclear whether that amount will include any part of the $40,000 dished out by the after-party’s presenting sponsor, Sephora.

Still, that adds up to chump change compared to the cash collected by CAFA from its various corporate sponsors for the evening, which included Rogers and the Mantella Corporation.

According to information available on the CAFA website, sponsorships sold for the awards show itself ranged from $30,000 to $50,000 and $35,000 for the various awards categories.

If you add up the sponsors listed only, CAFA raised just under $300,000 on the night, not counting the sold-out tables that went for $10,000 and individual tickets for $650 each.

We contacted CAFA several times, but their team still can’t confirm how much money the event made. As for the $10,000 emerging talent award, it rings in at the cost of just one gala table and $25,000 less than what Swarovski paid to sponsor the award category.

Any amount of money donated to OCAD, TFI or a young designer is a great thing. No one’s turning down $10,000 or more exposure for Canadian talent.

But if we’re truly serious about taking Canada’s fashion industry to the next level, shouldn’t we be more critical about who actually benefits from these types of events?

As at Toronto Fashion Week with its overly branded tents, big corporations and event organizers seem to reap far more from these endeavours than young designers. We can’t do better?

I don’t purport to know all the answers, but if you ask Canada’s designers – a pretty good place to start – it’s clear they need more than what’s currently available.

“Winning that prize was great, but when you break it down in terms of all the money you have to put toward shows, sampling and employees, it’s really nothing,” he says.

When I asked him how far he thought $10,000 would go for a young designer, he said it would likely help pay for the debts they’ve accumulated.

By way of comparison, the CFDA/Vogue Fashion Fund in the U.S., a registered non-profit organization, awards $300,000 to an emerging designer and $100,000 to two runners-up each year.

Beyond cash, Canadian designers need to get their clothes into stores.

Ashtiani is a past winner of the TFI new labels competition. While the TFI prize has changed slightly over the years, it currently includes a $25,000 cash award, opportunities for mentorship, a spread in Flare magazine and free studio space at TFI headquarters – something designers find especially valuable since it creates a stable home base from where a business can grow.

TFI seems to have the best track record when it comes to designer competitions, likely due to its well-rounded prize package and the fact that it keeps the focus on young designers, not brands. But even TFI can only carry designers so far.

When asked to describe their ideal prize, Neigum suggests a mentorship with somebody from an internationally successful fashion powerhouse like LVMH, the French multinational Fong says designers, similar to talent in any other industry, need business managers and Nguyen wants to see collaborations with retailers.

What’s clear from the excitement surrounding MBSU and CAFA is that Canadians are hungrier than ever for our fashion industry to succeed.

Corporations have capitalized on this energy with wild success, making it far too easy to get sucked into the glitz and glam of big, branded events with little thought as to what they actually mean for designers.

Is it so much to ask that the scales be a little more balanced?