Joshua Tillman is about to get uncomfortably intimate with you 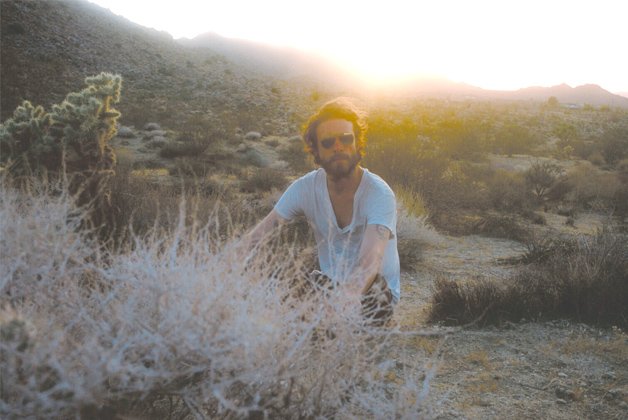 Father John Misty is an interesting study in duality.

He was raised in a Christian Baltimore household but now lives a hippie-ish lifestyle in “a little adobe hut up on a hill” in L.A.

His music, writing and phone demeanour are highly entertaining. Today I’ve reached him at home while he is “dominating” the New York Times crossword. But in his personal life, he says he’s become “more and more catatonic” with age.

His show, like the album, is delivered with such lively uncensored candour that it’s helped him gain new fans, mega-cool factor and a very busy tour schedule. Just don’t call what he does funny.

“I think that as you get older you realize, ‘Oh, the way that I think and talk is funny to people,’ and then you get a little older and you start resenting the world for thinking that you’re a clown when you’re just trying to be normal,” he says.

Oops. So, bad question, then.

“No, no, no,” he says, laughing. “Generally I just say the things that come to me naturally. I’m not really interested in yukking it up for people.”

Fear Fun was very intentional (if not intentionally hilarious). “The humour was part of a larger mandate. I just wanted to write the way that I talk and think and not put on some weird songwriter shtick.

“People think they’re into confessional music, but they’re into music that’s confessionally themed. When something is actually personal it can be really uncomfortable to listen to, especially in a room with other people. So when you hear people laughing. it’s not necessarily cuz it’s hilarious, but because it’s really intimate. In that way, the music is doing its job.”

Tillman would rather do that job at a festival, say, than at an intimate show where people have paid to see Father John Misty specifically.

“I prefer playing for an audience where at least some percentage of them don’t know that they’re in for seeing a weird, bearded, anorexic homosexual have seizures onstage. So I enjoy that.”

At the moment, his touring schedule is rolling – “This thing, it just won’t die you know? So I just keep chasing it around” – but he’s nearly finished a Fear Fun follow-up. He needs a break first, and guesses it’ll come out in the latter half of 2014.

The theme? “Love and misadventure,” says Tillman matter-of-factly. It might not be funny, but it will definitely be honest.