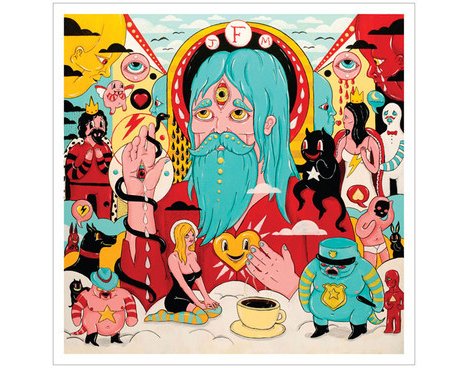 Tillman’s voice sounds sublime delivering lyrics about sexy graveyard encounters, ex-girlfriends and the dark side of California living. They’re insidiously funny more than laugh-out-loud, and he doesn’t even spare himself: one song outlines the environmental and socio-economic hazards of making a record.