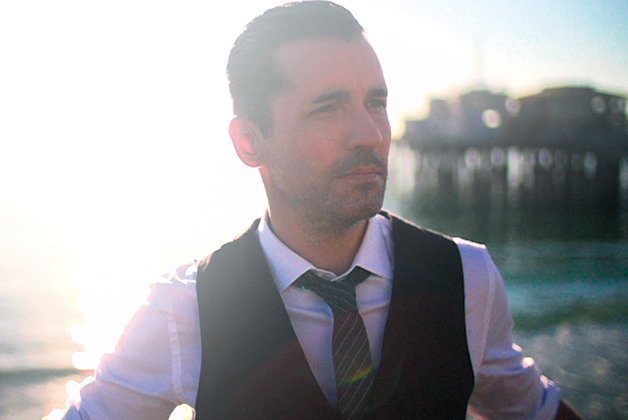 “I never set out to write my breakup album,” says Toronto’s Royal Wood about The Burning Bright (Maple), which comes just one year after his marriage to Canadian songstress Sarah Slean dissolved last spring.

Over the phone from a rest stop in Port Hope, on his way to a gig in Belleville, Wood says that although the album might be perceived as an ode to his failed relationship, that wasn’t his intention.

His true aim – “to make art for the sake of making art” – was actually born out of his disappointment with 2012’s critically acclaimed, chart-topping We Were Born To Glory.

“Instead of making the album for myself, like I had always done, a part of Glory was me trying to make a song that would be on the radio.

“I literally sat down in front of my piano or guitar and said, ‘I’m going to write a really catchy, uptempo pop song.’ I had never sat down with an objective before.”

Despite the success it brought – personal record-breaking album sales, radio hits and a Juno nom – Wood wrestled with the uncomfortable feeling that he’d written the album for the wrong reasons.

“I wasn’t proud to play those songs onstage. Frankly, it was horrible and dismantling.”

So last May, fresh off touring Glory and his split with Slean, Wood escaped to an off-the-grid cottage in Ireland with just his guitar, piano and the desire to live without the pressures of the music industry. By the time he reappeared, he had 40 songs ready to be recorded.

The solitude paid off. Recorded in Los Angeles, Hamilton and his hometown, Toronto, The Burning Bright navigates melancholy and heartbreak with equal hits of lightness and hope.

Sure, there are allusions to the breakup: “Well, I once believed in a fairy tale, now I’m holding a coffin nail” he croons on Promises. And later, on The Light Of Dawn: “You blame me for the tragic end, you claim I was a broken man.” But it’s all from the heart. The Burning Bright is Wood’s most succinct and sincere album to date.