A roundup of coronavirus news in Ontario for February 16, 2021 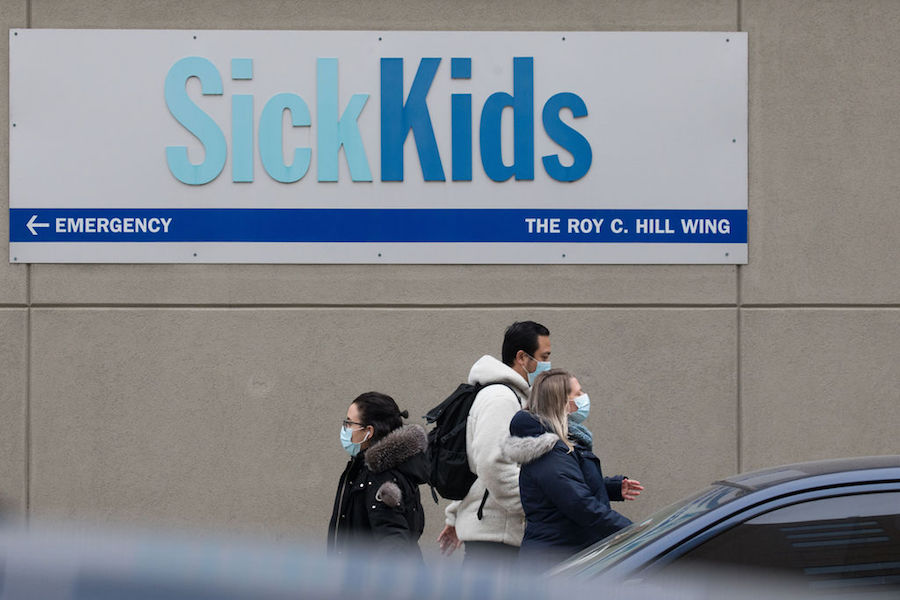 Dr. Barbara Yaffe, associate chief medical officer of health, said a total of seven per cent of screened COVID-19 cases are variants of concern. To date, Ontario has confirmed 319 cases of fast-spreading coronavirus variants in the province.

The vast majority – 309 – are the UK variant. There are nine cases of the South Africa variant and one confirmed case of the Brazilian variant.

Based on Public Health Ontario analysis, Yaffe said 81 per cent variant cases are either outbreak associated or due to close contacts with confirmed case. Eleven per cent have no epidemiological link and seven per cent are travel related.

Five cases of B.1.351 variant confirmed in Mississauga condo

1:45 pm Public health officials are testing residents at a Mississauga condo after five cases of the fast-spreading B.1.351 variant were confirmed in the building.

Testing was conducted, floor by floor, on Monday afternoon. Residents can also get tested at a testing centre.

“As we begin to see variants of concern spread within the community, we are at a critical point in the pandemic response as these variants have the ability erase the progress we have made as a community. Dr. Loh, Peel’s Medical Officer of Health, said in a statement. “It is imperative that residents continue to follow the guidelines of Public Health and limit interactions with others so that we can stop spread.”

Peel reported the first known case of the B.1.351 – or South Africa – variant earlier this month. Officials said the confirmed case had no known travel history.

COVID-19 cases on the decline across Canada: Tam

1 pm Canada’s top doctor says COVID-19 disease activity is on the decline, but variants of concern threaten set back the country’s progress in flattening the curve in the second wave.

Chief Public Health Officer Theresa Tam said today there have been 826,924 cases of COVID-19 in Canada, including 21,311 deaths. Over the past week, the country completed an average of 98,000 tests daily and the positivity rate was 3.1 per cent.

“Overall, disease activity and severe outcomes are continuing to decline nationally and there are now less than 35,700 active cases across the country,” she said, adding that on average over the last week under 3,050 new cases and 75 deaths were reported daily in Canada.

“This steady progress demonstrates a combination of community based measures and individual practices works to slow to the spread of COVID-19 as long as we can abide by and sustain these measures long enough,” she added.

However, Tam said highly transmissible new variants have appeared in all 10 provinces and threaten “to flare up in a new rapidly spreading blaze.”

While the daily count has dropped below 1,000 on previous occasions in the past several weeks, the numbers were likely underestimates due to a data migration between Toronto Public Health and the province.

Toronto’s case counts are still prone to fluctuation due to the technical issues, the province said.

An additional 13 deaths were reported on both Tuesday and Monday, with five of the deaths on February 16 among long-term care residents.

A total of 480,377 doses of the vaccine have been administered, with 5,053 doses administered within the past day. In Ontario, 186,934 people have been fully vaccinated.

There are currently 11,604 active cases in the province, including 742 hospitalizations – down over 100 from a week ago, when hospitalizations were at 909 patients. Of those patients, 292 are in intensive care, with 201 on ventilators.

10 am The head of Ontario’s vaccination distribution task force said the province is preparing to open a call centre and online booking system for COVID-19 vaccinations.

Retired general Rick Hillier told CBC’s Power & Politics said he hopes the province will start vaccinating people in the general population over age 80 by the first week of March.

“We’ll roll out in the next week-and-a-half or so a call centre where people who are not used to going online can call and reserve an appointment in a place close to them based on their OHIP card and their postal code,” he said.

Hillier said the province has vaccinated around 10 per cent of the population who are over age 80 as part of the phase one plan to vaccinate high-risk Ontarians, namely long-term care and retirement home residents.

The province announced on Sunday that all long-term care home residents have received the first shot of the vaccine.

On Monday, Toronto officials said all staff and residents of long-term care homes in the city will have had the opportunity to receive their second vaccine doses by today (February 16). There are 87 such facilities in Toronto, including the 10 city-run care homes.

10 am COVID-19 restrictions are easing in 27 regions across the province as students return to in-person learning in Toronto, Peel Region and York Region.

The province is lifting the stay-at-home order in 27 of 34 regions as part of a gradual transition back to the colour-coded COVID-19 response framework, which was suspended when lockdown measures took effect on Boxing Day.

In the GTHA, Hamilton, Halton and Durham will enter the red zone. Niagara will remain in the grey lockdown level, which only allows some non-essential retailers to reopen at 25 per cent capacity.

Toronto, Peel Region, York Region and North Bay Parry Sound are scheduled to transition back to the framework on February 22.

Schools in Toronto, Peel and York are reopening for in-class learning today, though snowfall has delayed those plans in parts of the GTA.

The full list of regions exiting the stay-at-home order is below: