A roundup of coronavirus news in Ontario on February 22, 2021 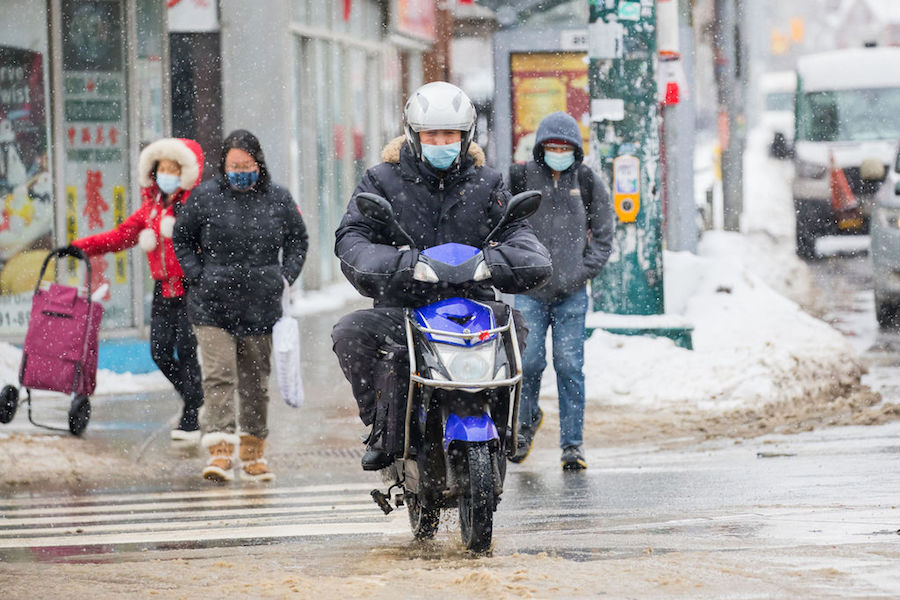 4:24 pm Twenty-nine COVID-19 cases linked on a homeless shelter outbreak have screened positive for fast-spreading variants, the city said in a statement on Monday.

Toronto Public Health declared an outbreak at the city-funded Maxwell Meighen Centre, which is run by the Salvation Army, on February 13. The shelter is located on Sherbourne near Queen East.

Last week the city confirmed one of eight cases had screened positive for a variant of concern, the first time a COVID-19 mutation had been detected in a city shelter.

Since then, site-wide testing has taken place and the positive cases are undergoing genome sequencing to identify the variant strain.

All positive clients have been sent to dedicated isolation and recovery sites, the city said.

Pre-COVID, the centre had a capacity for 363 men experiencing homelessness. That was reduced to 256 people due to physical distancing measures and there are now 121 people living at the site.

Toronto Public Health said people living at the shelter during the time of exposure are considered close contacts and so the shelter has closed to new admissions.

Staff and clients are undergoing testing every three to five days, the city added.

Toronto Medical Officer of Health Eileen de Villa told reporters today that 511 cases have screened positive for COVID-19 mutations and are expected to be confirmed as variants of concern.

“In Toronto, we are seeing a steady increase in variants, particularly the UK variant B.1.1.7,” she said.

On February 15, de Villa confirmed 37 variant cases and today the total is 71.

However, she explained the more “telling” number is the cases that screen positive for variants before undergoing lengthly genomic sequencing to confirm the precise one. That process is slow and takes seven to 14 days, she added.

“Typically, a case that screens positive is eventually confirmed as a variant,” she said, adding that the screened positive cases is the “number to watch.”

“Each day it has increased and I remind you about the nature of exponential growth,” she said, referencing a steady and “stealthy” lower level of case growth that eventually leads to an explosion in infection rates.

By the time that happens, “the only real option is to ride out that wave of disease and hope for the best,” she said.

Toronto’s testing positivity rate is 4.8 per cent, which de Villa called “too high to feel good about.”

2:30 pm Toronto police have laid criminal charges after bottles were allegedly tossed over a condo balcony and York and Lake Shore.

Police said they responded to a complaint just after 2:30 pm on February 21 and found 14 people having a party in a short-term rental unit on the 35th floor.

“Glass bottles were tossed off the balcony to the roadway below, narrowly missing and endangering officers on the ground,” police said.

Positivity rates in Toronto care homes are down: Tory

Speaking to reporters at city hall, the mayor said there has been a “substantial” decrease in per cent positivity rates among long-term care home residents since Ontario’s immunization program began.

“This is a good sign when it comes to the effectiveness of the vaccine,” he said.

“We are seeing fewer cases in these settings,” Toronto Medical Officer of Health Dr. Eileen de Villa said. “This is extremely good news. It demonstrates the effectiveness of the vaccines.”

The province detected 1,087 new cases on Sunday, 1,228 cases on Saturday and 1,150 on Friday. The seven-day rolling average increased for the second consecutive day to 1,045.

Ontario completed only 31,163 tests in the past 24 hours, marking a 3.4 per cent positivity rate.

As of Sunday, 240,669 people have been fully vaccinated in the province, with 12,922 additional doses administered in the past day.

However, intensive care patients have jumped for the second consecutive day with 280 patients in the ICU and 189 of those patients on ventilators.

Ford to speak at Queen’s Park this afternoon

On Monday, York Region became the 31st public health region in Ontario to exit the stay-at-home order and transition back to the COVID-19 response framwork.

York Region is now in the red zone, which allows eviction enforcement to resume, as well as the reopening of indoor dining and other businesses with capacity limits.