A roundup of coronavirus news in Ontario for February 9 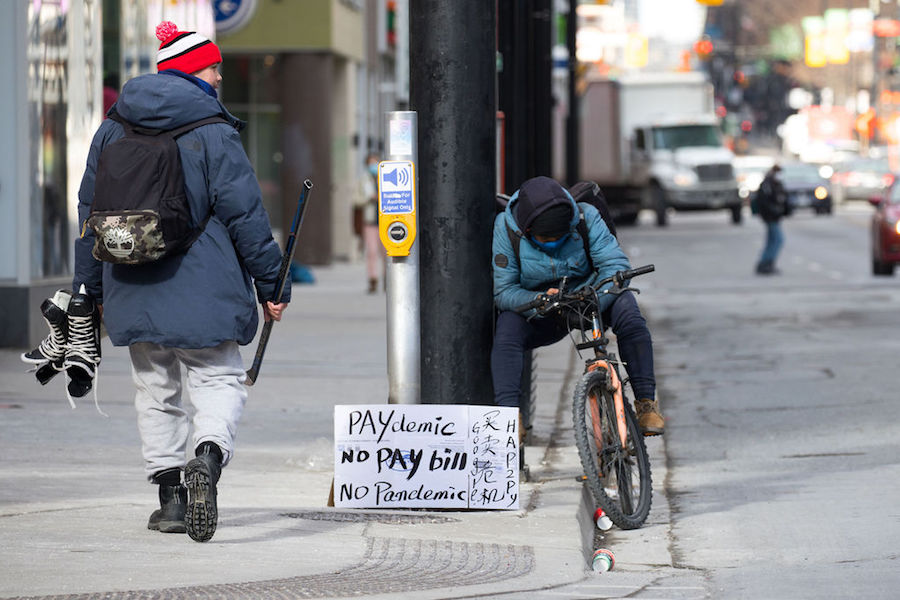 Some people won’t have to repay CERB after all: Trudeau

12 pm People who applied for Canada Emergency Response Benefit (CERB) based on gross income rather than net income will not have to return the money as long as they meet the other criteria for the benefit, Justin Trudeau said today.

Ottawa faced criticism last fall after more than 400,000 people received letters from the Canada Revenue Agency that said they would have to pay back their CERB payments because they applied for the assistance using their gross income. Many of those who received the letter are self-employed.

Last year, more than eight million people applied for the CERB after the economy shut down during the first wave of the pandemic.

Trudeau also said Ottawa is waiving interest on 2020 tax debt so long as people made up to $75,000 in taxable income last year and received a pandemic benefit or employment insurance.

The prime minister said Canadians who qualify for the relief would have to pay the interest in 2022.

11:55 am Starting next week, anyone arriving in Canada via a land border crossing with the United States will have to show proof of a negative COVID-19 PCR test.

Prime Minister Justin Trudeau said today the new rule will take effect on February 15. Travellers must have received the negative result within 72 hours.

Canada began requiring all air travellers to show proof that they tested negative via PCR-based test within 72 hours of their flight.

Today’s case count is the lowest since late November not counting the 745 new infections logged last week due to a data migration at Toronto Public Health. The technical issue resulted in data over- and- underestimations throughout the week.

Labs in the province conducted nearly 30,800 tests in the past day, making for a positivity rate of 3.3 per cent.

Hospitalizations increased to 909. There are 318 patients in intensive care units, including 223 on ventilators.

“Locally, there are 343 new cases in Toronto, 250 in Peel and 128 in York Region,” Health Minister Christine Elliott tweeted.

Of the 17 deaths reported today, seven were residents of long-term care homes.

Yesterday, the province announced the state of emergency would expire today but the stay-at-home order would continue to remain in effect.

Three regions will shift back to the colour-coded response framework tomorrow, with the rest of the province scheduled to shift bak on February 16 and 22.

10: 20 am Health Canada has approved changing the labels of the the Pfizer-BioNTech COVID-19 vaccine from five doses per vial to six.

When federal regulators approved the vaccine in December, it authorized health-care professionals to extract five shots from each vial based on data and proposed labelling submitted by the company.

The U.S. and European Union have also implemented similar changes to allow for the extraction of six doses per vial.

Health Canada has also updated the information “very rare severe allergic reactions, including anaphylaxis have been reported during mass vaccination outside clinic trials.”

Sharma said the reaction usually occurs within a few minutes to one hour after getting a dose.

“This new information does not change the benefit-risk profile of the product,” she said.

Health Canada recommends anyone who is allergic to ingredients in the vaccine or who experience an allergic reaction to COVID vaccines not get the vaccine.

10 am Toronto fire chief Matthew Pegg, who is leading the city’s emergency response to COVID-19, said enforcement officials are monitoring business owners who plan to reopen on February 11.

The website WeAreAllEssential.ca has a campaign flyer for a protest event that will see businesses reopen across Canada in contravention of lockdown rules.

“We are aware of a small number of businesses that have indicated their intent to open this Thursday in contravention of the provincial orders requiring them to remain closed,” Pegg told reporters at city hall on Monday.

City enforcement teams, including police, are “actively monitoring the situation and are prepared to respond as required,” he added.

Pegg said the majority of Toronto businesses are complying with public health regulations, which have forced non-essential businesses to close to in-person shopping.

Over the weekend, enforcement officers laid three charges against the owner and operator of Toronto cosmetic store under the Reopening Ontario Act. Inspectors visited 236 bars and restaurants and no violations were observed, Pegg added.

There 122 complaints related to large gatherings on private property and private residences on the weekend. Pegg said 37 charges were laid related to those gatherings.

Police also laid six charges under the Emergency Management and Civil Protection act and six criminal charges against people gathered at protests in the city.