After TIFF, so much to watch 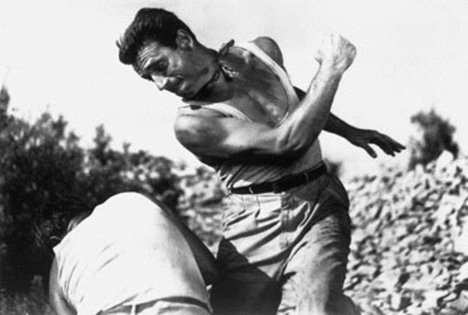 The weeks after the Toronto Film Festival find our city’s theatres filled with a swirl of smaller festivals, with specialty fests like Planet In Focus, Rendezvous With Madness, ImagineNATIVE and Reel Asian rushing jockeying for your attention and your ticket money.

But wait, there’s more: this weekend, the month-long Abilities Arts Festival launches its film component at the Carlton Cinema, screening a selection of docs and shorts celebrating disability arts and culture.

Saturday night at 7 pm, it’s the Canadian premiere of A Not So Still Life, Karen Stanton’s profile of artist Ginny Ruffner, who sustained a grave head injury a car accident two decades ago and used her long path to recovery as artistic inspiration.

Sunday afternoon’s short-film program (starting at 1 pm) features the world premiere of Lawrence Jackman’s documentary How Does It Feel, which introduces us to Kazumi Tsuruoka, a middle-aged singer whose cerebral palsy invests Smokey Robinson’s The Tracks Of My Tears with a devastating new meaning. It sounds exploitative, but it isn’t you kind of have to see it to believe it.

Not content with programming a Nicholas Ray retrospective and an unofficial Terry Gilliam series this fall, TIFF Cinematheque steps up its game with a celebration of yet another filmmaker – Henri-Georges Clouzot, who showed audiences time and time again that the French can screw each other over better than anyone.

The Wages Of Fear: The Films Of Henri-Georges Clouzot highlights the career of France’s very own master of suspense. But Clouzot wasn’t just considered the French Hitchcock because he had a fondness for elegant, excruciating thrills he shared his counterpart’s interest in the flexible morality of the ordinary person, the rot that hides within everyone, waiting for a chance to get out. But where Hitchcock often plunged decent characters into extreme situations to see how they’d react, Clouzot usually started with people who weren’t that nice in the first place.

The retrospective kicked off yesterday with Clouzot’s signature film The Wages Of Fear. One of the best thrillers I’ve ever seen, it’s a gruelling take on the manly adventure genre, with four men (including Yves Montand) taking on the insane job of driving trucks loaded with unstable nitroglycerine across treacherous South American terrain to the site of an oil fire. It’s utterly uncompromising and totally gripping as an action thriller, stripping away its characters histories, emotions and even their personalities as they devote themselves entirely to surviving the trip.

If the premise sounds familiar, you may be thinking of William Friedkin’s 1977 remake, Sorcerer. That film doubles down on the existentialism and the grimy visual aesthetic, but Wages has a forbidding power all its own, especially when viewed on the big screen – and TIFF is offering that experience in a new 35mm print. Additional screenings are scheduled Sunday, Tuesday and Wednesday nights check the listings for showtimes.

The series runs through November. Highlights include Quai des Orfèvres (screening tonight at 6:30 pm), a noirish delight revolving around the backfiring manipulations of a music-hall singer (Suzi Delair, who was romantically associated with Clouzot off-screen) Le Corbeau (Nov. 1), about a series of anonymous letters that turn the inhabitants of a genteel village against each other Diabolique (Nov. 17 and 22), a masterpiece of small-scale suspense about two women trying ever so hard to make sure the man they’ve murdered stays dead. But really, everything Clouzot made is worth a look.