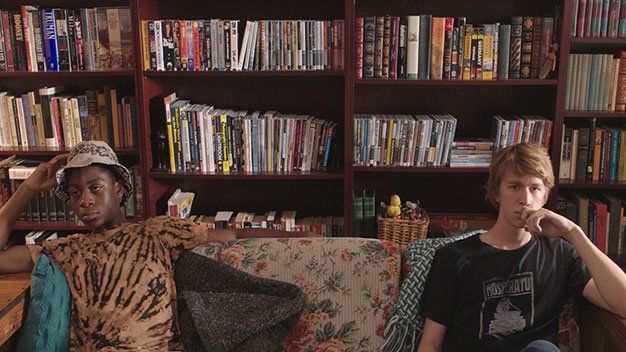 PARK CITY, Utah With jury, audience and special prizes for domestic and international fiction and documentary films, the Sundance Film Festival sometimes feels like its handing out awards to every single title.

This peppering of praise generates post-fest buzz, and many personal faves get at least some recognition. Churlishly, I still feel annoyed when some of my own picks fails to cop one of the myriad citations (e.g., Z For Zachariah, Best Of Enemies), but in a field this big thats bound to happen.

One film I adored that did get recognition was Me & Earl & The Dying Girl (rating: NNNNN). Like last years breakout hit Whiplash, it swept the U.S. jury and audience dramatic awards. Momentum began building in the second-half of the festival more than a hundred people with tickets were turned away from one of the final public screenings.

The films allure increased as news spread that during a bidding war the producers had the chutzpah to take millions of dollars less than the highest offer, reportedly in order to maintain a greater percentage on the back end of the films profits, a sure sign of confidence by the filmmakers.

Their gambit seems justified. Me & Earl is a delight, a crowd pleaser thats best appreciated if you leave your cynicism at home. On paper it shouldnt work, but director Alfonso Gomez-Rejon and his cast including Thomas Mann, RJ Cyler and Olivia Cooke manage to make this quirky cancer comedy/drama special and emotionally rich. Its less Love Story or The Fault in Our Stars, more Harold and Maude or The Graduate, if protagonists Harold Parker Chasen or Benjamin Braddock were similarly obsessed with Werner Herzog in Burden of Dreams or Martin Scorseses Criterion Collection commentary track on the The Red Shoes. Watching Me & Earl, I felt like I did when I saw Rushmore at TIFF 1998, a sense of both discovery and pleasure in the playfulness of storytelling and effectiveness of execution.

The world audience award went to Bollywood film Umrika, starring Life of Pis Suraj Sharma, while John Macleans Slow West (rating: NNNNN), a drama starring Michael Fassbender, took the jury prize. Shot in New Zealand but set in the American West, the films scenery is truly stunning, its lavender wild flowers and craggy cliffs literally a world away from John Fords Monument Valley. The film follows a young man (Kodi Smit-McPhee) travelling to reunite with his beloved (Caren Pistorius) and her father (Rory McCann), who fled their native Scotland after an altercation.

The buddy-film motif is played out in a supremely satisfying way, reminding me a bit of the banter in Jim Jarmuschs equally dark and surreal Dead Man. Fassbender seems perfectly iconic on a horse clopping through the desert brush, his lilting Irish twang making the film feel even more like a fable.

On the documentary front, The Wolfpack (rating: N) was one of the big winners, taking home the U.S. jury prize. The story of a group of young, home-schooled New Yorkers feels slight and overlong, but its charismatic subjects recreation of their favourite scenes from films (not dissimilar to a plot device in Me And Earl) won it many champions. The U.S. audience award went to the mountain climbing film Meru, the world jury prize to Chernobyl conspiracy film The Russian Woodpecker, and the audience picked the Welsh equestrian film Dark Horse.

Matthew Heinemans documentary Cartel Land (rating: NNNN), a visually beautiful and harrowing look at vigilantism on both sides of the U.S./Mexican border, took home awards for both direction and cinematography. From the opening shot of barrels of methylamine rolling off a truck and chemicals fumes rising as crystal meth is cooked to the closing moments of raw, moral ambiguity, this is a film of nuance and bravery.

Heineman contrasts the paramilitary militias right-wing, overtly racist weekend warriors in camouflage gear on the U.S. side with white-shirted vigilantes in Mexicos central states who confront the cartels within their community. What at first seems a clear divide between zealots in the North and community activists in the south soon becomes far more complicated when the activists turn to torture, violence and corruption, becoming in many ways worse than those they claim to fight.

The doc would make for an excellent double bill with Western (rating: NNNN), a beautiful film by the Ross brothers. A Texan border towns charismatic mayor and a local cattleman live in cross-border harmony, but increased tensions in Mexico cause havoc and instability. The jury gave it a special citation for verite filmmaking, perhaps to acknowledge one of the few docs that doesnt rely on talking-head interviews or narration.

Several films talked about as favourites didnt make the awards slate. People, Places, Things (rating: NNN) is a dry comedy starring Jemaine Clement as a graphic novelist trying to raise his daughters and find love after his wife leaves him. Sean Bakers Tangerine (rating: NNNN) was championed as much for its aesthetic it was shot in anamorphic widescreen using an iPhone, giving Los Angeles a unique, almost comic-book look as for its bleak comic depiction of life as a trans prostitute. With a mix of first-time performers and veterans, its a delightfully offbeat Christmas tale involving a pimp, a rabid mother-in-law, a torch singer lead and her force-of-nature best friend.

The most bizarre film of the fest came from Winnipegs own Guy Maddin. Co-directed by Evan Johnson, Forbidden Room (rating: NNNN) is, if possible, even weirder than Maddins previous films. Its just as polarizing as youd expect: half the audience left midway through, but those who remained showered it with applause as the credits rolled. The festival didnt hold a press/industry screening, perhaps afraid of breaking the brain of some hapless studio exec. Providing a summary for this film would be a fools errand (think of the multi-layers of Inception, then multiply it several fold), but its safe to say its the only film that features the dreams of a volcano and a story told by the hairs of a moustache transplanted from Udo Keirs upper lip. Plus, theres a submarine.

Thematically, little tied all the disparate films together, save for many instances of onscreen vomiting. (I stopped counting after a half-dozen even some of the docs showed puking.) Overall, it was a strong Sundance, with millions spent on distribution deals for several films. Many that premiered here will likely dominate the conversation for the rest of the 2015 festival season.