Fevers and Language Arts at the Horseshoe 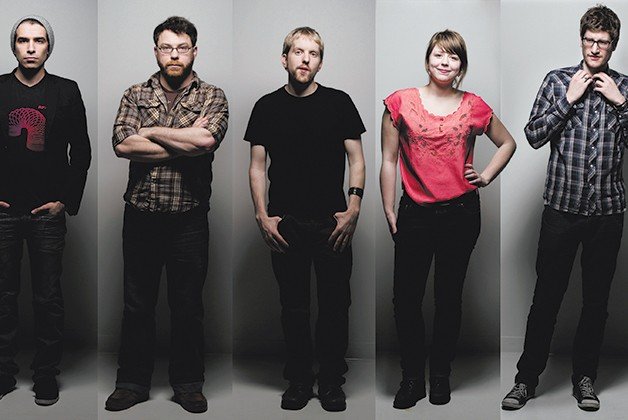 Fevers were definitely an electronic band the last time they were in Toronto. But they seem to have upped the dance ante in the interim: last night, the Ottawa five-piece triggered an extra dose of club beats and executeded their tunes in dramatic, building chill-to-fevered fashion. It worked: the Horseshoe audience were up and dancing for much of the set. Songs from their 2013 album, No Room For Light, were well-received, particularly ones like Pray For Sound and Goodnight which showcase lead singer Sarah Bradley’s powerful wail. It’s too bad that much of the room had emptied out by the time they went onstage just before midnight.

Most people were in attendance for the previous act, Language Arts – including singer/composer/guitarist Kristen Cudmore’s parents, all the way from Nova Scotia. For the four-piece Toronto band’s record release show, they added a trumpet player and a backup vocalist, fleshing out the tunes from their new album, Wonderkind. Songs started out mellow (sometimes too mellow), but eventually swelled with highly satisfying levels of musicianship (drummer Neil MacIntosh deserves a lot of credit for the momentum swings). Highlights were opener Oh Tangible World (right off the bat we got a glimpse of Cudmore’s impossibly versatile vocals) the sweet love song 5 Ws and the ultra-intense What If It Were To Be Reworked (“put your hands up in the air,” Cudmore shouted before the fiercely rapped song began). The latter tune convinced us that Cudmore should definitely pursue that rap album she’s been pondering.