Toronto gets a Filipino fast-casual spot 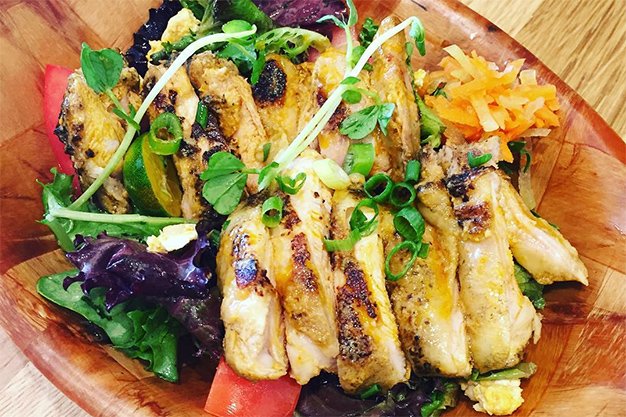 Filipino food is enjoying a mini-boom in Toronto. On Queen, Lamesa Filipino Kitchen has been lauded as one of the city’s more inventive eateries. And recently, Platito and Tito Ron’s translated the Philippines’ national cuisine into hip small plates and fun takeout.

“They were looking to retire, and we were faced with the decision to either sell the business or do something with it,” Sabilano says. “I decided that we wanted to do traditional Filipino, but more a sort of quick-service, made to order style.”

Instead of chef Cancino’s fantastically-plated, modern takes on classic dishes, Lasa is all about simply-prepared homestyle eats. “At Lamesa, we’re always faced with the question – is this what Filipino food really is? And the answer is no, not really – it’s a bit modern, a bit more stylized. Now we can point them in this direction.”

The menu’s divvied up into four sections – fried, grilled, fresh, and stewed – and features a thorough rundown of Filipino staples like fried pork belly, kare-kare (peanut oxtail stew), chicken adobo stewed in vinegar and soy sauce. For dessert, there’s bowls of the Filipino national dessert, halo-halo. Most things are sized for two, but solo diners can grab a silog combo meal with milkfish, fried chicken, tofu or BBQ pork skewers in a 7-Up marinade.

Sabilano says that while they’ve had to break the loss of Kaibigan gently to a couple of the neighbourhood regulars, they’ve also been able to introduce some new folks to Filipino cuisine. More locations are down the road: “We’re trying to identify growing Filipino communities, or ones familiar with Filipino food. Even the suburbs – Mississauga, Ajax, places where the community could use another option.”