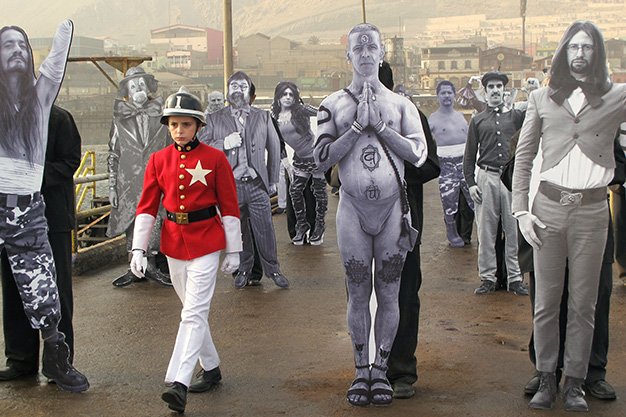 Surreal film The Dance Of Reality kicks off this year's aluCine.

Latin film and media arts festival aluCine marks its quinceañera with a holiday weekend of screenings, panels and exhibitions. Most of the film presentations are at the AGO’s Jackman Hall, with the satellite events just down the street at Beaver Hall Gallery on McCaul.

The celebration gets under way Thursday (April 2) with a gala presentation of Alejandro Jodorowsky’s The Dance Of Reality, a surrealistic recounting of the filmmaker’s family history filtered through Jodorowsky’s long-standing fascination with deformity, indignity, urination and torture. (If you missed it when it played the Royal last summer, well, you’re going to miss it again, because the evening is already sold out.)

Cuban Diasporic Filmmakers In Canada (Friday, 6 pm) is a program of short films that includes Tamara Segura’s moving Song For Cuba. And Fantasmas Cromàticos: The Films Of Claudio Caldini (Friday, 7:30 pm), showcases the Super 8 productions of the Argentine experimentalist, who will be present for a Q&A after the screening.

And then there’s the Canadian premiere of The Hand That Feeds (Saturday, 9:30 pm), a documentary by Rachel Lears and Robin Blotnick about the attempts of employees at Manhattan’s Hot & Crusty deli to unionize in the winter of 2012. It’s both a ground-level study of America’s exploitation (and intimidation) of undocumented workers and a rousing underdog story. Make the time.