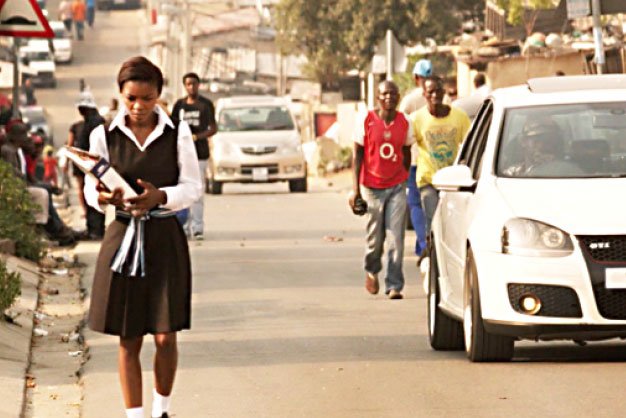 The Toronto Black Film Festival’s opening night film, Thina Sobabili, is difficult to sit through and even harder to shake. It deals with horrifying abuse, including an instance of infant rape – a persistent practice in South Africa.

The victim in that incident is Zanele (Busisiwe Mtshali), who’s now a teenager and completely unaware why her emotionally scarred older brother Thulani (Emmanuel Nkosinathi Gweva) is so violently protective of her. Left to survive on their own in Johannesburg’s Alexandra Township, Thulani makes ends meet by burglaring while pummelling anyone who comes close to his little sister, effectively putting a chokehold on the young girl’s budding sexuality.

The mounting tension (Zanele takes an interest in an older man) and tragic revelations push the story beyond believability. But director Ernest Nkosi doesn’t just use his characters as dramatic pawns.

He has a terrific cast. Mtshali isn’t just convincing but compelling, particularly during intimate scenes where Zanele’s warmth leaves a deeper impression than her fate.

Stanley Nelson’s documentary tracing the rise and fall of black America’s most militant movement has a little bit of everything good: mercurial personalities, passion and plenty of drama.

Mining interviews with former Panther members – and the police officers who mercilessly attacked them – and a whack of stunning archival footage, the film tracks the awakening of a community and how the group found its political footing and then fell apart.

It started in 1966 when Oakland, California, black activists who knew the law, including Huey Newton, openly carried guns while monitoring police brutality. As police overreacted, African Americans were drawn to the Panthers’ dual desire for community-building via their famous free breakfast program and all-out revolution.

Yet as the film makes clear, it wasn’t internal conflict that killed the party it was the FBI’s sleazy and manipulative tactics.

The film deals too lightly with the Panthers’ sexism, but otherwise this is a superb history lesson.