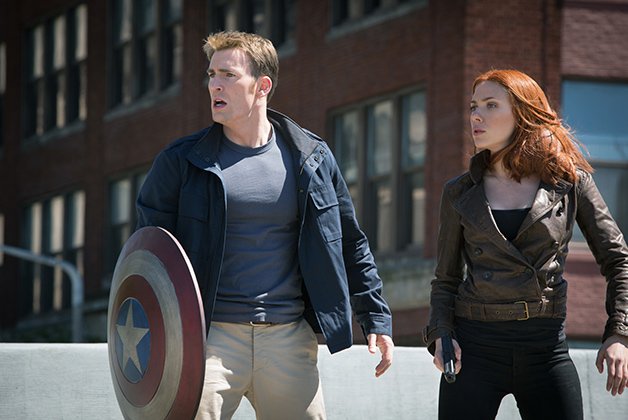 Afflicted (Derek Lee, Clif Prowse) does so much so well, it’s impossible not to be charmed by it. Writer/directors Prowse and Lee play versions of themselves on a trek around the world following Lee’s potentially terminal brain aneurism diagnosis. Prowse brings along camera gear to document their globe-trotting. A week into their trip, Lee begins exhibiting strange symptoms following a questionable hookup in Paris. He can punch through walls. His skin blisters in the sunlight. He craves human blood. The shift from MTV-edited travelogue to superhero flick to supernatural horror movie is seamless. Even though the premise of “filming everything” feels stretched in places, Prowse and Lee’s found-footage format hides some serious SFX in its lo-fi set-up. 85 min.

Bethlehem (Yuval Adler) is a tense cat-and-mouse thriller set in the heart of the Israeli-Palestinian conflict. An Arab teenager (Sadhi Marei) is thrust into a world of deception and betrayal when he’s enlisted as an informant by Israel’s secret service. It’s the same plot as Hany Abu-Assad’s Omar, but the execution is very different: where Omar played out entirely from the perspective of its protagonist, Bethlehem gives equal time to the teenager and the Shin Bet agent who runs him (Tsahi Halevi) where Omar took its time to develop its central character, Bethlehem builds a more complex narrative of constant danger. There’s also a deeper sense of Shin Bet as an organization – not surprising, since director and co-writer Adler is a veteran of Shin Bet. If you’ve seen Omar, Bethlehem will play as a fascinating mirror image. If you haven’t, it stands just fine on its own. Subtitled. 99 min.

Captain America: The Winter Soldier (Anthony Russo, Joe Russo) is a super-powered riff on Three Days Of The Condor, with Steve Rogers (Chris Evans) branded an enemy of the people and forced to work with friends old (Scarlett Johansson’s Natasha Romanoff, Cobie Smulders’s Maria Hill) and new (Anthony Mackie’s Sam Wilson) to clear his name and save the world from a conspiracy that dates back to the Second World War. No, it won’t make any sense if you haven’t seen the first Captain America and The Avengers (at least). But it has a charismatic hero, inspired action choreography and Robert Redford. Also, it’s really funny. Some subtitles. 136 min.

The Great Flood (Bill Morrison) finds experimental documentarian Morrison (Decasia) using amazing archival footage of to tell the story of a little-discussed American disaster, the Mississippi River flood of 1927. Bill Frisell’s mournful jazz-inflected score deserves equal standing to Morrison’s editorial accomplishment among the tens of thousands displaced by the flood was a generation of black sharecroppers whose exodus to the northern states resulted in the pollination of the Delta blues to Chicago, Philadelphia, Detroit and New York City, where it mutated into jazz and R&B. The long stretches of silence and Morrison’s disdain for conventional storytelling might make some viewers very restless. But if you can find its rhythm, The Great Flood tells an enveloping, enthralling tale. 80 min.

Jodorowsky’s Dune (Frank Pavich) examines surrealist filmmaker Alejandro Jodorowsky’s proposed mid-70s adaptation of Dune, which was too big to succeed. With a cast that included Orson Welles, Mick Jagger and a Salvador Dali robot and a run time between 12 and 20 hours, it was too out-there for any Hollywood studio to drop $15 million on. The hardest sell was the filmmaker himself. In this document of the conception and ultimate unravelling of Jodorowsky’s spiritual sci-fi epic, he describes his Dune as “the coming of a god.” He’s apparently very serious about this. And why shouldn’t he be? Pavich’s film is a testament to the power of motion pictures as metaphysical experience. Even if Jodorowsky’s movie never got made, his wide-eyed belief in the medium is refreshing in an age when cinema’s possibilities feel frustratingly limited. Even if we can’t see his Dune, we can still believe in it. 90 min.

Cas & Dylan (Jason Priestley) is an odd-couple road movie about a cranky old doctor (Richard Dreyfuss, well cast) and a free-spirited young woman (Orphan Black’s incredible Tatiana Maslany) driving west to bury a dog and escape the past. Making his feature directorial debut, Priestley – who’s been directing TV since the 90s – encourages us to watch his actors goof around while he slowly sets up higher emotional stakes. As a result, the first half of Cas & Dylan may be silly and a little schematic, but the final act is sharp and moving, thanks to a surprisingly gutsy script and Dreyfuss and Maslany’s unlikely chemistry. Damn if it doesn’t sneak up on you. 90 min.

The Unknown Known (Errol Morris) completes the military trilogy begun with The Fog Of War and Standard Operating Procedure. Here documentarian Morris interviews former U.S. secretary of defence Donald Rumsfeld, who presided over the invasions of Afghanistan and Iraq and the establishment of Guantánamo Bay. If you’ve ever seen Rumsfeld interviewed, you know how it goes: he evades everything thrown at him with a sort of genial jiu-jitsu, defusing pointed questions by sarcastically repeating them or rejecting their fundamental premises. Morris is after the same catharsis he pulled out of Robert McNamara in The Fog Of War, but he doesn’t get it. Rumsfeld’s the Don Draper of the George W. Bush administration, so completely committed to his own bullshit that he can’t be swayed from it, even when everything about it proves unworkable. The result is an intensely frustrating documentary that serves more as a supplement to the work done in Standard Operating Procedure than a stand-alone feature. 102 min.

Imagine: Life Spent on the Edge (Thierry Donard) is a documentary about extreme board sports set in breathtaking landscapes. 95 min.

The Metropolitan Opera: La Boheme Live is a life high def broadcast from the Met of Puccini’s beloved opera. 200 min.