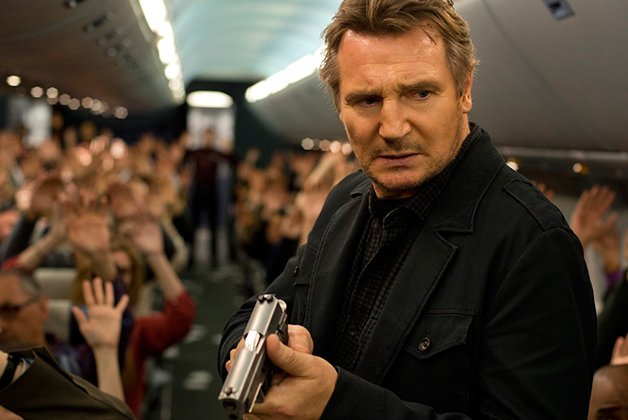 Everybody Street (Cheryl Dunn) traces the history of Manhattan street photography from the 50s to the present day, drawing a straight line from old-school photojournalists Mary Ellen Mark, Bruce Davidson and Jill Freedman to acclaimed visual artists such as Bruce Gilden, Joel Meyerowitz and Jamel Shabazz. The city is examined through photos and videos, both as an ever-evolving cultural hub and as a sociopolitical powder keg. Everybody Street is part of the same docu-dialogue on New York as The Central Park Five and Blank City, touching on the uneasy tribalism that formed in the 60s and 70s and the rebirth of the Lower East Side in the 80s. The difference is that this movie packages its commentary in some truly amazing stills. 83 min.

Omar (Hany Abu-Assad) finds Paradise Now director Abu-Assad returning to the Israeli-Palestinian conflict for another tightly wound thriller about a West Bank true believer (Adam Bakri) who finds himself drawn into a much larger game. This movie takes its time establishing characters and situations, folding in a romantic complication in Omar’s desire for the sister (Leem Lubany) of one of his comrades. That just forces us to focus on Omar himself – and Bakri’s complex performance – to understand what’s really going on in the guy’s head. And as Abu-Assad drifts back and forth between straight-up thriller and intimate character study, we’re drawn deeper and deeper into the story. Subtitled. 98 min.

Solo (Isaac Cravit) follows a teenage girl (Degrassi: The Next Generation’s Annie Clark) who’s left to her own devices for two nights on a small island to qualify as a summer camp counsellor. Not quite as seasoned as she claimed, she spends the first night spooked by a local legend and the next day in genuine danger. Writer-director Cravit’s feature debut has the misfortune of arriving in the shadow of Katie Aselton’s Black Rock, a tighter and smarter female-centric survival thriller set on an isolated island. But that doesn’t mean Solo can’t be enjoyed on its own more modest merits: Clark is solid as a young woman being tested on multiple fronts, and her co-stars are never less than convincing even when their characters are required to act in ways that aren’t entirely logical just to keep the story going. 83 min.

Venus Talk (Kwon Chil-in) is a Sex And The City-style Korean dramedy about three women in their 40s grappling with issues of love and sex. A single-mom (Jo Min-Su) is ready to sweep her adult daughter out the door so she can enjoy her own romance a libidinous housewife (Moon So-Ri) struggles with her husband’s impotence and a TV producer’s (Uhm Jung-Hwa) one-night stand with a much younger man becomes something far more complicated. Touches of slapstick and melodrama give the film the feel of a sitcom/soap opera hybrid, complete with cheap TV production values. Yet there’s an honest, considered and universal quality to these middle-aged characters and the way they deal with their respective dilemmas. The roles could be reduced to derogatory stereotypes, but the actors resist such clichés, making these women familiar and endearing. Subtitled 108 min.

Stalingrad (Fedor Bondarchuk) finds the Russian director of 9th Company pulling out all the stops in his latest tale of underdog heroes making a stand in the face of overwhelming odds. The result isn’t very good, but that’s almost beside the point. Set in the winter of 1942, the story tracks a handful of Soviet soldiers who find themselves in an extended standoff with the German army for the fate of an apartment building that blocks the Reich’s march to the Volga. Bondarchuk alternates high-intensity, large-format action sequences with increasingly schmaltzy melodrama, as half a dozen soldiers from various units bond under fire and attempt to court the lovely young woman (Mariya Smolnikova) trapped in the building with them. If you’re looking for a larger historical perspective, you’re looking in the wrong place. But if you want to see people get shot in the throat in IMAX 3D, this is the prestige picture for you. Subtitled. 131 min.

National Theatre – War Horse is a high-def screening of the stunning stage version of Michael Morpurgo’s young-adult tale of a boy and his horse in World War I. 168 min.

Non-Stop (Jaume Collet-Serra) stars Liam Neeson as an air marshal forced to take action when he gets a text saying that his flight is in big trouble unless the airline transfers $150 million into an offshore account. 106 min.

Son of God (Christopher Spencer) tells the story of Jesus – starting with the tale with Adam and Eve – in epic style. 138 min.