NOW MagazineMovies & TVFilm Friday: The Lunchbox, Down River, Muppets Most Wanted and more

Film Friday: The Lunchbox, Down River, Muppets Most Wanted and more 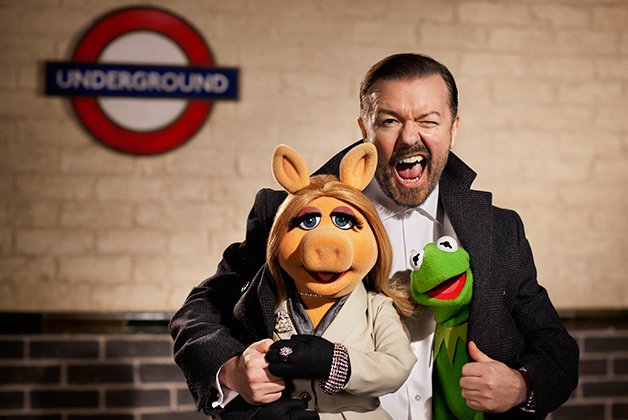 The Lunchbox (Ritesh Batra) is built around the fanciful conceit of a mistaken lunch delivery that paves the way for two strangers to exchange handwritten letters via their meals. Ila (Nimrat Kaur) prepares home-cooked lunches for her neglectful husband, which are sent through Mumbai’s dabbawalla delivery system to the wrong recipient, Mr. Fernandes (Irrfan Khan), a standoffish accountant who’s ready to hide away in retirement. A sense of their personal lives is conveyed by suggestion, like the scents of the ingredients in a satisfying dish. There’s romance, comedy and melodrama, but Batra deploys them gently, building a moving, sincere film around his characters. It’s an assured, affecting picture of loneliness and longing amidst modern Mumbai’s hustle and bustle. 105 min.

Down River (Benjamin Ratner) tracks ailing Pearl (Helen Shaver) and her relationships with three young neighbours in a story with brains and heart. Born-again Fawn (Gabrielle Miller) is torn between her acting ambitions and her husband’s desire for children. Painter Aki (Jennifer Spence) wants to give it up when she realizes she may not be able to make the compromises required to sell her work. And blues singer Harper (Colleen Rennison) has self-destructive tendencies that are getting in the way of her success. Pearl, the young women’s personal anchor, has a deep understanding of their artistic aspirations after having failed to meet her own. Ratner hammers away at the water theme, laying on the imagery a little too thick, and the soundtrack is a bit too cute. But when he stays with the emotional core of the story, the film works. The actors are terrific, especially Shaver, who’s a marvel. 92 min.

Muppets Most Wanted (James Bobin) uses The Great Muppet Caper as its template, plunging the Muppets into a world of international intrigue and mistaken identity when they embark on a European tour just as Constantine, the world’s most dangerous frog, impersonates Kermit to use the troupe as cover for a series of museum heists. (Kermit, mistaken for Constantine, is sent to a Russian gulag run by Tina Fey.) It’s less a movie than an excuse for a series of Muppet Show sketches and celebrity cameos, and it lacks the heart Jason Segel brought to the previous picture. (It also lacks Segel himself, though his character’s Muppet brother, Walter, is still around.) Returning director Bobin compensates with a faster pace and more anarchic Muppety energy, which makes for a pretty fun movie. It’s just not as enjoyable as the last one. 108 min.

Le Week-End (Roger Michell) is being marketed as a frothy middle-aged romance, but it’s really a drama about an English couple (Jim Broadbent, Lindsay Duncan) unhappily marking their 30th anniversary in Paris. As they fuss and fight across the City of Lights, we come to understand their dynamic: she’s tired of him, and he’ll do anything to hold on to her. This should be the start of an interesting character study, or at least a drama worthy of powerhouse performers Duncan and Broadbent. But neither screenwriter Hanif Kureishi nor director Michell seems interested in going that way, and the actors can’t settle on a tone. Le Week-End feels like a stage play that’s been awkwardly translated to the screen. It certainly can’t compete with last year’s Before Midnight, which told a very similar story with considerably more empathy and skill. 93 min.

Nymphomaniac: Volume I (Lars von Trier) sheds light on nothing except von Trier’s misogyny. Joe (Charlotte Gainsbourg) recounts her hypersexual adventures to asexual bachelor Seligman (Stellan Skarsgård) after he finds her half dead in the street. To every sordid tale, he responds with stunningly cerebral detachment. Some of it is very funny, though not necessarily intentionally – like the laughably bad Shia LeBeouf as Joe’s main squeeze. But where does Joe’s unbridled sexuality come from? From early abuse? No, and nothing else explains her predilections. In short, she kinda liked her first orgasm and, poof, she was a nymphomaniac. Women are like that, doncha know. Volume I covers Joe’s sexual adventures through to her fear that she’s losing the ability to feel anything physically at all. In Volume II, she seeks to deal with her numbness. Her coping mechanism shows von Trier at his most clichéd. He’s considered a groundbreaking taboo-buster, but self-abnegating, oversexed women who go to the depths of degradation are a pornographic staple in old-news works like The Story Of O. Ho hum. 117 min.

Divergent (Neil Burger) is another tween franchise, this one starring Shailene Woodley as a Divergent – someone whose many virtues make her a misfit in a world where it’s only acceptable to have one – and Kate Winslet as the authorities’ baddie determined to hunt them down.