His show may be called Filthy World, but film provocateur John Waters has a new aura of respectability 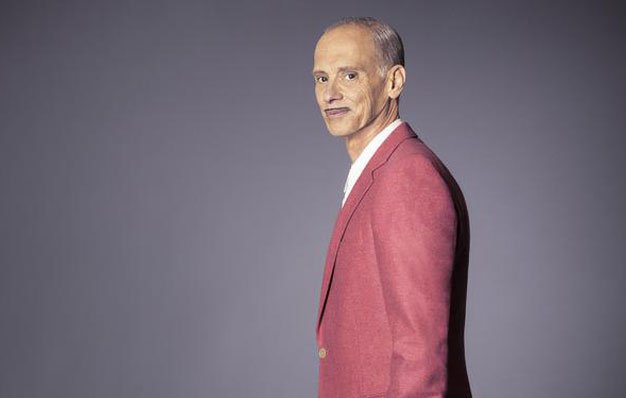 Finally, at the age of 69, John Waters has become respectable.

“I’m giving commencement speeches!” he laughs. “And I haven’t changed! My last movie [2004’s A Dirty Shame] was an NC-17 movie about sex addiction. My book Carsick is filled with stuff that people would have gone to jail for writing 30 years ago.”

This is encouraging. It’s like the world has figured out that it’s okay to be a little weird – something Waters has always known.

Waters is heading to Toronto for a Pride Week performance of his live show This Filthy World. And he’d like the fans who’ve memorized the 2006 DVD version to know that this will be a very different evening.

“It’s not at all the same as the DVD,” he says. “I’m always updating and changing it. There might be one joke that’s the same.”

The show is an extension of his public personality as an American gadfly, which he’s maintained over decades of blunt cultural commentary.

“I always say gaily incorrect things, but nobody ever gets mad at what I say any more,” he explains. “I can really say anything, and nobody seems to be bothered. Because I’m not mean.”

That commencement speech he mentioned took place earlier this month at the Rhode Island School of Design, where he encouraged the graduates to “go out into the world and fuck it up beautifully.” This strikes me as a wonderful philosophy, delivered entirely without malice.

But then Waters has always been a positive person. Even when people were calling him a pornographer and getting the vapours over such gleefully transgressive works as Pink Flamingos, Female Trouble and Multiple Maniacs, the Baltimore auteur seemed genuinely happy to be part of the cultural conversation.

“And now,” he says, “people come to me and say, ‘My parents showed me Pink Flamingos and I loved it.’ That’s so bizarre to me.

“Parents come to see me with their children, sometimes, touchingly, with their very angry, bad children – they take them to see me as a last-ditch effort to bond with them. And I try to help.”

Waters sincerely wants people to go out and do their thing, whatever it is – and however disruptive it is. That desire reflects the same empathy for misfits and weirdos that runs through all of his work.

In his lifetime, Waters has seen gay culture go mainstream. Pride used to be a much-needed assertion of identity within the straight world – but now, he says, “it’s like Halloween.” He doesn’t mean this in a negative way, quite the opposite. He’s talking about the joy of coming out to celebrate something, rather than assembling in defiance.

“That’s why Republicans in America aren’t even against gay marriage anymore,” he says. “They know gay people now. Their kids are, some of their family are. That’s the whole thing. It’s just fear and ignorance. Once they know somebody, they really can’t [hate].”

His own formative experiences were comparatively privileged, he says.

“I grew up in a family that made me feel safe. Well, they also were horrified by what I did, but that helps, too, when you’re young. I mean, what kid would want to be a pop musician [if] their parents liked the music? The whole point is that they don’t.

“Same with Pink Flamingos. I certainly didn’t expect my parents to be thrilled about it. Did Divine expect his mother would be glad he’s in drag eating dog shit? No parent’s that liberal, really.”

Waters says he was rebelling against “the tyranny of ‘good taste’ that I was raised in – and I’m glad I was! Because you have to know that taste to have fun with breaking the rules, the same way you have to know what the laws are to be a good outlaw.”

It’s like that Dylan line, I say. “To live outside the law, you must be honest.”

“Well, I don’t know,” Waters demurs. “I wasn’t honest, are you kidding? I was a thief and a shoplifter. I still to this day watch my bag because my karma isn’t good on that.”