The festival wraps up this weekend, but many strong films are getting a couple of screenings before the red carpets get rolled up. 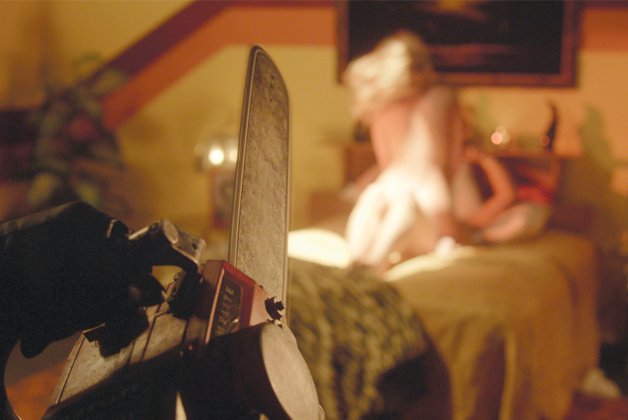 The Editor revs up at Midnight Madness this weekend.

The Editor revs up at Midnight Madness this weekend.

After the largely improvisational projects Humpday, Your Sister’s Sister and Touchy Feely, Shelton tries her hand at a scripted feature. Written by Andrea Seigel, Laggies is about a Seattle woman (Knightley) who freaks out at a marriage proposal and hides out at the home of a teenager (Moretz) she’s just befriended, then finds herself drawn to the girl’s father (Sam Rockwell).

It plays like a lighter, looser spin on Joanna Hogg’s brilliant British drama Unrelated, with the aimless Knightley caught in someone else’s parent-child dynamic. But it’s no less insightful or compassionate.

Shelton gives her cast the space to develop their characters, to the point where both Jeff Garlin (as Knightley’s dad) and Kaitlyn Dever (as Moretz’s classmate) seem worthy of their own movies.

Small-town factory worker Jerry (Reynolds) tries to be a pleasant fellow and model employee, but darn the luck, his cat keeps telling him to kill people.

It’s best not to know anything more about The Voices, which goes to some very dark places as Jerry’s interactions with his co-workers (Arterton, Anna Kendrick) and his psychiatrist (Jacki Weaver) grow increasingly strained.

Days later, I’m still not sure if The Voices is a triumph on purpose or by accident, but however it happened, it’s a triumph. (It shows its cards a hair too early, but that just proves how otherwise perfectly calibrated it is, right?)

Reynolds is fantastic as the deeply confused protagonist, while Arterton and Kendrick do some very subtle work in the margins.

If there’s a stranger picture playing at TIFF this year, I’m not sure I want to see it.

Having paid feature-length tribute to crappy 80s movies with Manborg, Brooks and Kennedy turn their sights on the splatteriffic 70s and the strain of Italian horror known as giallo.

The story is appropriately kinked. When a mysterious slasher starts picking off his colleagues in spectacularly bloody ways, a film editor (co-director Brooks) with a tragic past realizes he’s not only working on a giallo, but living in one.

The Editor does its best to out-genre the genre, lovingly piling ridiculous complications and demented flashbacks on top of unconvincing dubbing, perfect genre references (Sheila Campbell is basically doing Catriona MacColl in The Beyond) and plenty of nudity and gore.

Dario Argento might not approve, but Lucio Fulci totally would.